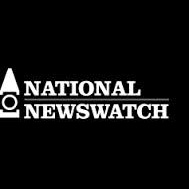 Everyone needs water. Life exists because of it. Most of us learned this in grade school.

In Canada, we expect water to be everywhere, accessible and clean. But the reality is that less than one per cent of the world’s freshwater is readily accessible for direct human use.

We also expect our governments to protect this resource and put a community’s need for drinking water ahead of a corporation’s desire to bottle and sell water for profit. But sometimes, governmental priorities get confused.

Every day, Ontario permits Nestlé Canada Inc. to take 1.13 million litres of water, which it then bottles and sells, from an aquifer in Wellington County. Last year, the Ontario government — through the Ministry of the Environment (MOE) — renewed the permit on the condition that Nestlé would take less water from the aquifer during serious droughts. But Nestlé appealed these mandatory restrictions to the Ontario Environmental Review Tribunal, which has jurisdiction to determine disputes over groundwater permits. Then the MOE tried to cut a settlement deal with Nestlé.

The deal would have allowed Nestlé to avoid the mandatory drought restrictions. But in February, pro bono lawyers at Ecojustice challenged the deal on behalf of Wellington Water Watchers and Council of Canadians.

We filed a legal submission with the Ontario Environmental Review Tribunal, arguing that the proposed settlement was bad for the province and deserved closer scrutiny. Last month, the Tribunal agreed with our clients. It concluded that the proposed settlement deal was not in the public interest and was inconsistent with the Ontario Water Resources Act. The Tribunal ordered a full hearing so that the appropriateness of the drought-based restrictions could be thoroughly examined.

But recently, as a result of the Tribunal’s decision to order a hearing, Nestlé withdrew its appeal of the mandatory drought restrictions. The deal is dead. So Nestlé must comply with the original permit conditions, reducing the amount of groundwater it takes from Wellington County during drought. Because these non-profit community groups took action, Nestlé must leave more water for other users (in dry times) and the government must ensure they live up to that promise.

The MOE is responsible for managing groundwater resources to promote long-term environmental, social and economic well-being. But that’s not always what happens. Sometimes well-organized, dedicated members of the public must use the legal system to hold government accountable. Our watersheds are vulnerable when governments roll out the red carpet for private companies who bristle at mandatory restrictions on their water takings.

The MOE had it right in the first place — drought-based restrictions should be applied to all future water takings for bottle water enterprises. All Ontarians, not just those who drink water from a well, need to be protected against those who would cut deals that limit the government’s ability to safeguard our shared water supplies.

The example from Wellington County resonates throughout Canada. When making decisions about the water that sustains our communities, the government’s job is to put the greater public interest first.

William Amos is the Director of the Ecojustice Environmental Law Clinic at the University of Ottawa. Carissa Wong is an articling student at Ecojustice and an Associate Research Fellow at the Centre for International Sustainable Development Law.