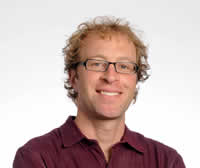 Gary Bloch is a family physician with St. Michael’s Hospital in Toronto

At some point of almost every day in my office, I feel frustrated and powerless.  At that moment, I find myself standing with my patient on the edge of a chasm: ill health lies in the crevasse below, good health lies on the other side. And we cannot, between us, build the bridge to get across.  We know what that bridge looks like, but we do not have the materials to build it.

I have stood at that edge with Fatima, a single mother with two kids in school, who works at Tim Horton’s full time, for minimum wage, at $10.25 an hour.  She suffers from low back pain and arthritis.  She can barely pay her rent.  She has no time to see a chiropractor, to exercise.  She can’t afford medications to treat her pain.  She often has trouble feeding her family at the end of the month, and eats less herself to make sure her kids get enough.

What she needs to build her bridge is clear: a higher income.  She could build it if the minimum wage was set to bring her over the poverty line.  That she has to live in this way with a full-time job, in a wealthy country, is a tragedy.  That we set our minimum wage to benefit, first, companies’ bottom lines, and not to ensure low-wage workers are able to stay healthy, and to afford the basics of food, shelter, clothing and other necessities, is both a tragedy and a public health travesty.

The health evidence is clear:  Fatima and her children are at extremely high risk of developing health problems, such as diabetes, heart disease, cancer, and mental illness, all due to their inadequate income.  I cannot prescribe drugs to alleviate that risk.

People like Fatima who live at low income live shorter lives, with more disability.  Their work is more precarious, and they tend to have worse working conditions, that place them at higher risk of illness and injury.

And this is where our elected officials can act like doctors, by bringing an evidence-based approach to improving health and wellbeing to the forefront of their decision-making.  In societies with less poverty, and with less inequality, the evidence shows that everyone is healthier, even the well off.  Our governments can continue to legislate poverty and ill health, or they can build legislative bridges to a healthier life for everyone.

These bridges are made of policies that ensure a liveable income for everyone in Canada, including a minimum wage that brings workers above the poverty line, and social assistance rates that enable people to pay the rent and eat a basic healthy diet.  They are also made of policies that allow people to participate in society and protect their health, such as affordable childcare and universal pharmacare.

And this approach makes economic sense:  a 2008 study by the Ontario Association of Food Banks estimated poverty adds over $7 billion to Canadian health care costs every year.  The overall cost of poverty in Canada, to the public and private spheres, is estimated at up to $85 billion per year.  Analysts have demonstrated that programs to alleviate poverty can pay for themselves through, for example, increased tax revenues, reduced health costs, lower crime, and increased productivity.

Policies that pay for themselves, increase economic output, and improve health?  These are the prescriptions I’d like to see written.  And these are the bridges my patients need built.

Gary Bloch is a family physician with St. Michael’s Hospital in Toronto, a founding member of Health Providers Against Poverty, and an expert advisor with EvidenceNetwork.ca.