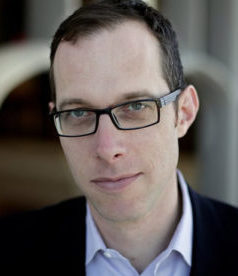 Presumably, Jim Flaherty considered the same economic picture of the country as the rest of us when planning the 2014 budget.

That picture is not rosy.

Add to that the growing proportion of precarious, part-time jobs, record-high levels of household debt, and persistent income inequality — clearly there is the need for a vision and a plan to get the economy working again for all Canadians.

Today, the Harper government has once again told Canadians to swallow the myth that “less is more”. Cut through the spin, and the real story with the 2014 budget is not one of balance, but reckless imbalance.

Here are the top three reasons why:

Harper’s austerity budget in 2012, for example, cut $5.2 billion in government spending, and 19,000 public sector jobs. And $14 billion in cuts announced since 2010 will take effect this year.

Those reductions to public services and programs were far reaching: fewer public health regulators and reduced rail safety; gutted environmental programs and less money for science and innovation; cuts to veteran services and steady blows to the financial integrity of the social safety net.

Today, we learned that even deeper slashing is to come. Not only will spending freezes across government departments continue, further compromising important public services Canadians rely on, but the government will target public service compensation over the next six years to the tune of $7.4 billion in “savings.”

Perhaps not surprisingly for a government so antagonistic to collective bargaining rights, these drastic cuts which target health plans and benefits are being proposed before any deal has been struck with the unions that represent public sector workers.

A tax break for the richest Canadians

The rush to balance the budget in time for 2015 is, of course, a political tactic, more than sound economics.

It’s no coincidence that the $6.7 surplus being projected sets the Conservatives up to deliver on their 2011 election promise to introduce family income-splitting — a proposal that will benefit predominantly wealthy traditional families with one breadwinner and a stay-at-home spouse.

According to a recent study by the Canadian Centre for Policy Alternatives, income splitting will deliver nothing to 86% of Canadian families, notably single parents and lower-income couples with children.

So much for balance.

It’s important to remember here that the Conservatives squandered Canada’s once-significant surplus. Through an unnecessary two-percentage point cut to the GST, $60 billion in corporate tax cuts, and tax savings opportunities that disproportionately benefit the wealthy, they created a structural deficit just before we hit the Great Recession.

That steady starving of the treasury is solidifying the Conservative vision for a permanently neutered federal government, one with a diminished capability to invest in future national programs.

It also makes one wonder what other programs and services will be on the cutting block in future budgets to finance the projected annual revenue loss from income splitting.

The major economic problem faced by Canada today is not government deficits. Of course it is prudent to strive for balanced budgets in the long-term. But if an economic recovery is to generate broadly shared prosperity, the focus should be on making productive investments and creating secure, well-paying jobs.

Shockingly, today’s budget offered little new infrastructure funding and paltry efforts to boost youth employment. On infrastructure, much of the funding was merely re-announced previous commitments. It is troubling that Canadians can’t even rely on this government to spend the money they have already committed, including $10 billion of approved spending from the last budget.

Many economists agree that there is no need for Mr. Flaherty to rush to balance the books in the first place. Even the International Monetary Fund has voiced reticence with the Harper government’s approach, arguing that, “the federal government has room to delay the planned return to a balanced budget in 2015 absent a meaningful pickup in growth.”

In a slow economy, austerity is self-defeating. From needed transit investment to green building upgrades, the budget is more remarkable for what it didn’t do on infrastructure.

A final thought: one feature of Harper budget bills – something that has distinguished them from those of previous governments – is the inclusion of countless changes to unrelated laws and regulations buried in the fine-print.

As the details of Budget 2014 emerge over the next couple of weeks, some of these buried details will undoubtedly become as important as the budget’s dollars and cents in revealing to Canadians the unbalanced priorities of the Harper Conservatives.