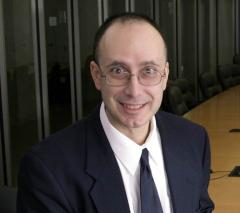 Federal government pulls away from active role in healthcare spending

Expenditures on public health care in Canada appear to be slowing raising the possibility that the health care cost curve is finally being bent and the system transformed.  Numbers from the Canadian Institute for Health Information show that real per capita public sector health spending peaked in 2010 at $2,687 (1997 constant dollars) and is forecast to reach $2,638 by the time the final numbers are tallied for 2013.

Story Number One: The prescription of the Romanow Commission on health care that we should provide new money to the system to buy transformative change has worked.  We have invested in new technology and transformed health care delivery and expenditure growth has finally been tamed.

This story is too good to be true.  As the review of the 2004 Health Accord by the Standing Senate Committee on Social Affairs, Science and Technology concluded in 2012, the achievements of the accord were mixed.  The increased funding “had increased the provision of services, but had not resulted in reform of health-care systems, including the much-needed integration of different health-care sectors and the breaking down of silos.”  In other words, it has been pretty much business as usual.

Story Number Two:  The moderation in health expenditures currently underway is tied to the economic slowdown of the 2009 recession and its effect on provincial budgets.

Indeed, the last time real per capita health spending underwent such a decline was in the 1990s in the wake of the 1991 recession and the federal fiscal crisis, which also resulted in transfer cuts to the provinces.  That provincial economic health is a factor is reinforced by the fact that real per capita health expenditures for 2013 are still forecast to grow in more robust Alberta and Saskatchewan.  Moreover, real per capita private sector health expenditure growth has also slowed down though it remains positive.

If the health of the economy is the key factor, then this moderation in public health expenditure growth is transitory and health spending will resume its climb when the economy picks up steam.

Story Number Three: Another possible explanation for this decline may be provincial adjustment to the end of the 2004 Health Accord and the imposition of a new Canada Health Transfer formula beginning in 2017.

Starting in 2017, the growth of federal health transfers will be linked to the national rate of economic growth and inflation with a floor of three percent.  It could be that provinces are being forward-looking and implementing cost-control measures in advance of the day when federal transfer growth slows from the annual six percent increases of the Health Accord.

In fact, some combination of stories two and three makes the most sense – which means the cost curve in health care spending has not been bent yet.

What does this mean? The economy will eventually recover and relax provincial health expenditure constraints, but federal health transfer growth will be reduced starting in 2017.   This means that the new transfer formula may yet be a factor in forcing provinces to deal with costs in their respective health care systems.

Given population growth and inflation, federal transfers are effectively going to be frozen in real per capita terms after a decade of steady increase.  The federal government is again providing an incentive for the provinces to bend the health care cost curve.  However, this time the provinces will face the challenge of implementing solutions without new money to “buy change” – the mantra of the post-Romanow Report era that saw the 2004 Health Accord enacted.

For a long time now, public health care reform in Canada has been a story of missed opportunity.

The current federal role in health care is disappointing yet understandable.  A decade of annual six percent health transfer increases has not bought the transformative change that was promised.  A more active federal role in trying to foster change by tying new funding with the application of national health standards would inevitably be greeted by provincial cries of domineering federalism and unwarranted federal intrusion.  As a result, all that is left is the blunt instrument of reducing the growth in federal cash transfers to provide an incentive to economize.

Livio Di Matteo is an expert advisor with EvidenceNetwork.ca and a Professor of Economics at Lakehead University.