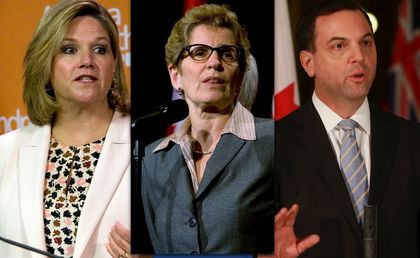 The latest Nanos tracking in the province of Ontario suggests that a polarization may be taking place. Jobs/ the economy are noticeably up as the most important provincial issue of concern.

Although the provincial Liberals had a marginal three point lead over the Conservatives in March, it is now a dead heat at 36 percent respectively for the Liberals and the Progressive Conservatives followed by the NDP who are at 22 percent provincially.

Of note, on the leadership front, Wynne has the advance on the preferred Premier front over both Horwath and Hudak. Also of note, there has been a noticeable one
month decline in the percentage of Ontarians who would consider voting for the provincial New Democrats.