Mansplaining: Not All Men do that 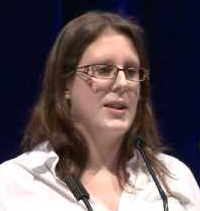 Have you heard of #notallmen? It’s a tongue-in-cheek meme, borne of women being told their experiences of sexism are invalid because Not All Men do that.

“Violence against women is a real problem”. NOT ALL MEN

“We must tackle the pay gap, where men earn more than women”. NOT ALL MEN

“Men tend to accept TV appearances, regardless of their qualifications”. NOT ALL MEN

And on, and on and on. In a nutshell, #notallmen is a subtle way to undermine any argument about sexism.

Let’s step back. If you don’t know what mansplaining is, Lenihan provides a fairly accurate definition. Sadly, the example he gives, of a conference disagreement, is not mansplaining. Mansplaining is when no fewer than 10 men told me my definition of ‘pro-choice’ was incorrect. I am President of a Planned Parenthood. None of them had any background in sexual health or reproductive rights.

Nobody likes to be told they’re mansplaining. But this isn’t about you. #notallmen is a way of derailing a discussion about sexism, and making it about you. It would be wonderful if for once, any debate about sexism did not centre on men’s hurt feelings.

Plus, when you say ‘not all men’, it sounds suspiciously like, “because I personally haven’t done this, it doesn’t happen and you’re making it up”. Why do you need to invalidate women’s experiences? What is it about them that makes you uncomfortable?

Look, nobody likes to be called out, especially when you meant no harm. How about, instead of going on the offence, you stop, listen and try to understand?

Lenihan also argues that since not all men, and some women, mansplain, it’s not a gendered concept. Sure, google “internalized misogyny”, then get back to me. But if you state that mansplaining is overwhelming done by men, it is inherently gendered. And why mustn’t we use ‘mansplaining’, but ‘gasbag’ or ‘blowhard’ are OK? Because they remove the gendered element?

And then we get to the nub. The term mansplaining “drives a wedge” between men and women. It’s divisive, and not a way to achieve social progress.

While seasoned feminists sure appreciate the advice on where they’re going wrong, this is simply another way of saying the term ‘mansplaining’ hurts men’s feelings. And men won’t work with you when you say mean things about them.

One – Nobody is declaring war on individual men, and I’m sorry your feelings are hurt. How about you don’t take it personally? We don’t mean you specifically (unless you’re a Men’s Rights’ Activist, then we do mean you). When we talk about oppression, we generally mean structures and systems, cultures and practices.

Two – Social progress has never been made by being terribly nice to your oppressors. I also question the value of policing the language women use to describe their experiences. Why is it so important, that in a push for equality, women carefully avoid treading on any toes? That you got called out and your feelings were hurt is not a reason for people to stop calling you out. You aren’t being silenced. People are asking you to consider your words and actions.

Again, this isn’t about you. We’re talking about women’s equality. And funnily enough, our primary goal is not to bend ourselves every which way to accommodate any potential hard feelings. Our job is not to create even more space for the mainstream to have a greater voice in the debate.

Men should absolutely be part of any debate around gender. They just shouldn’t dominate it. As a man, your opinion on sexism is not equally weighted to a woman’s lived experience.

Three – It’s not my job to educate you. Men’s respect shouldn’t come as a result of us being nice to you. Women’s equality shouldn’t hinge on whether we’ve proved to men (but not all men) that we’re worth it. And a feminist strategy focused on not making men feel uncomfortable seems doomed to fail. There is no onus on me to convert you to feminism, let alone explain basic feminist concepts.

And frankly, women have very few ‘trump cards’ (are they like race cards? When do I get to play them?). MRAs would have you believe we live in a matriarchal dictatorship, but honestly, the strawman of crazed women randomly accusing men of sexism (or crying rape) left, right and centre, has been decisively debunked. Yes, there are people who misuse the term ‘mansplaining’ (including the example in the article). Yes, they’re incorrect. No, that doesn’t invalidate the entire concept.

The article is the very essence of mansplaining. “I hear what women are saying about their own experiences, but they’re wrong”.

Lauren Dobson-Hughes is a former political staffer. She is currently President of Planned Parenthood Ottawa.