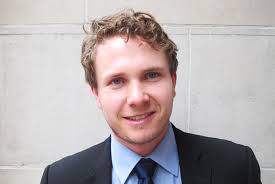 The dog days of summer may yet be upon us, and already youth unemployment is a hot topic of conversation.

But talk is cheap. The fact is too many young Canadians are set to wade into another long summer, frustrated and anxious about their grim job prospects.

And little wonder for their anxiety.

There are significantly more youth looking for work today than there are available jobs. As of May 2014, one in seven (13.3%) young people aged 15 to 24, or 380,600 young Canadians, were out of work.Many more are underemployed or have given up looking for work altogether.

Young workers bore much of the brunt of the 2008-09 recession, and despite talk of recovery, their employment situation today remains much worse than it was beforehand. That point is made plainly in a report on youth unemployment released last week by the House of Commons Standing Committee on Finance, which acknowledges expert testimony about the lack of an adequate post-recession rebound.

The unemployment rate for youth is typically about double that of so-called “core age” workers aged 25 to 54. In Canada, this ratio stands at 2.3 as of May 2014.

Bold action is needed now from both governments and employers to address this dismal situation.

The federal government, we know, has shown no leadership and scant interest in taking this challenge seriously. Despite the rise in youth unemployment since the recession, the government has actually reduced spending on its Youth Employment Strategy (YES).

Meanwhile, even the International Monetary Fund has singled out Canadian corporations for not putting their profits to productive use. The cash held by private non-financial corporations in Canada rose to $630 billion in the first quarter of 2014 – up $9 billion in just three months.  Those holdings exceed the total amount of federal government debt.

This “dead money” can and should be invested productively to create jobs, and yet this isn’t happening. No wonder a recent Broadbent Institute poll revealed that vast majorities of Canadian millenials and their baby boomer parents don’t trust corporations to make the creation of good jobs a priority.

It’s time to reverse this trend. That’s why we’re issuing a challenge to both government and employers.

In a report released Monday, we are calling on Canada to work towards creating a Youth Job Guarantee — a promise for every person under age 25 of a quality job offer, apprenticeship, or place in a training course within four months of leaving formal education or becoming unemployed. The guarantee is inspired by a similar principle endorsed by the Council of the European Union in 2013.

To kick-start the Youth Job Guarantee, we are asking Canadian businesses to invest $670 million per year to fund an initial youth employment initiative. These funds would be matched by an equal annual injection from the federal government.

The Broadbent Institute estimates that this investment, a combined total of $1.34 billion, could create 186,000 full-time co-op positions, paid internships or summer job placements annually. This is more than double the current number of paid co-op placements, and three times the current number of Youth Employment Strategy participants.

The price tag for employers is but a tiny fraction (about 0.1%) of the $630 billion in “dead money” corporate Canada is currently sitting on. In fact, the $9 billion increase to corporate Canada’s cash hoard in the first quarter of 2014 is enough to pay their annual share of this initiative 13 times over.  And the federal contribution of $670 million would be less than one quarter of the $3 billion price tag of the Conservatives’ proposed income splitting scheme.

Offered on an annual basis (four rounds of positions lasting for three months), the number of unemployed youth in any given month would fall by 46,500 or by about one in eight (12.2%) — enough to reduce the current youth unemployment rate from 13.3% to 11.7%.

The initial move towards a Youth Job Guarantee wouldn’t solve all of the employment challenges facing Canada’s youth. It would, however, go a long way toward helping to equalize opportunities and could also be scaled up into a more far-reaching program in the long-term.

It’s time for a new deal for young people. And it’s time Canadian employers and government came together to do their part.

Jonathan Sas is Director of Research at the Broadbent Institute (www.broadbentinstitute.ca).