How a national drug plan can boost the Canadian economy 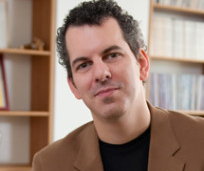 Canadians pay among the highest costs per capita among OECD countries for prescription drugs, with one Canadian out of 10 unable to fill their prescriptions because of financial reasons.

According to the recently released study, A Roadmap to a Rational Pharmacare Policy in Canada, commissioned by the Canadian Federation of Nurses Unions (CFNU) there are two main reasons why prescription drug costs are so expensive in Canada. First, we have a fragmented system with multiple public and private drug plans. In a fragmented system, attempts to reduce costs normally result in shifting the cost somewhere else in the system. Although provincial public plans have managed to significantly reduce drug costs since 2010 by reducing the price of generics and by negotiating confidential agreements with drug companies, there have been significant cost increases in private plans as drug companies and pharmacists seek compensation for their losses from public plans.

Instead of eliminating this failed strategy, the federal government’s plan appears to be to allow drug companies to increase drug costs further by permitting the extension of patents via a trade agreement with Europe. The presumption is that the Canadian pharmaceutical sector will thrive again, and more jobs for Canadians will be created. This goes against all the evidence.

Around 60% of Canadians are covered through private drug plans provided by their employer. The inability to contain drug costs in Canada has led to increased labour costs, making Canadian enterprises less competitive. The possibility of losing drug coverage also reduces labour mobility for employees.

Employee benefits now represent more than 10% of gross payroll and drugs represent the highest single benefit cost component. According to a 2012 survey by the Conference Board of Canada, half of the employers questioned indicated that cost-containment of employee benefits was a “very important” issue on their radar, and 55% considered that prescription drug coverage should be the focus of their next major strategic review.

Private health benefits in Canada are also tainted by the very high administration fees charged by for-profit Canadian insurance companies: one in every six dollars on average for private plans compared to one in every 50 dollars for public plans. The disproportionate premiums paid by employers and employees to insurance companies end up favoring the financial sector to the detriment of the real economy.

Canada is the only country in the world with a medicare system that excludes prescription drugs as if they are not part of the healthcare system. Yet the CFNU study demonstrates that if Canada implemented universal pharmacare for all Canadians without any out-of-pocket expenditures for patients, there would not only be greater access to prescription drugs for Canadians, but a potential savings up to $11.4 billion every year by decreasing drug costs and reducing administration fees. These results would be achieved by all levels of government working together to contain costs instead of working against each other by shifting costs elsewhere in the system.

Such savings would represent not only a significant decrease in labour costs for Canadian employers, it would also increase net disposable income for all employees. It would have the same effect as a significant tax cut to help boost the economy, while providing better access to care and greater labour mobility.

A 2013 EKOS poll showed that 78% of Canadians are in favour of establishing a universal pharmacare program in Canada. Our policymakers have all the necessary tools to assume leadership on this issue. In spite of self-serving lobby groups who insist that the current system is working well and should not be reformed, establishing a national drug plan is the best thing to do for patients, for employers, for employees, for taxpayers, and for the Canadian economy.

Marc-André Gagnon is an expert advisor with EvidenceNetwork.ca and assistant professor with the school of public policy and administration, Carleton University.