Ottawa’s law to justify prices with U.S. could do more harm than good 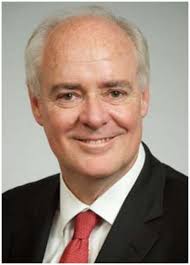 It seems that all our lives prices have been lower in the U.S than at home. People living on the border drive across to buy groceries and gas. The rest of us splurge during occasional shopping trips. Even when the Canadian dollar was just 63 cents in the U.S., people still sought bargains across the line.
In its last budget, the federal government announced it has had enough. Canadian consumers are tired of higher prices and now a government bureaucracy is finally going to get into action.