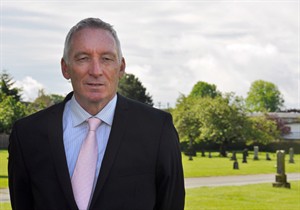 Harry McGrath is pictured in a handout photo. THE CANADIAN PRESS/HO

VANCOUVER - Nay may have won the day, but Caledonian-Canadians who support Scottish independence say their dream isn't dead, and at the very least, change to the political system is coming.

Fifty-five per cent of Scots who cast ballots in Thursday's referendum chose not to break their country's 307-year-old union with the United Kingdom — an outcome that saw pro-independence leader Alex Salmond announce his resignation just hours after the result.

Salmond told a news conference in Edinburgh on Friday morning that he was proud of the campaign and the unprecedented voter turnout.

"For Scotland the campaign is not over and the dream will never die," he said.

For Edinburgh resident Harry McGrath, who has dual British-Canadian citizenship, the vote doesn't mean an end to the sovereignty movement, especially with younger voters.

"I don't get any sense here that the younger people in favour of independence are going to give it up. No, they'll still be there," said McGrath, former co-ordinator of the Centre for Scottish Studies at Simon Fraser University in Burnaby, B.C.

McGrath said he thinks the Yes forces could get another chance if politics in the United Kingdom don't change, the parliament at Westminster drifts to the right and Britain holds a referendum on its membership in the European Union.

Mike O'Neill of the Canadian voter-targeting firm First Contact, which has been doing data-modelling work for the Yes campaign over the past seven weeks, said Salmond and his campaign staff have much to be proud of.

An independent Scotland seemed like an "absolutely long shot" back in the spring, said O'Neill, whose mother is Scottish.

But by August, support for a Yes vote was forecast at 45 per cent, and it held strong even in the face of a big push in the last two weeks by British political parties, banks and media to maintain the status quo, he said.

"When all that happens and you get that close and they ran such a brilliant campaign it's kind of hard to walk away feeling too disappointed," he said in an interview from Edinburgh. "You think, 'OK, a lot of good came out of this.'"

O'Neill was camped out Thursday at a campaign office with a social media team in Scotland's biggest city, Glasgow, where the Yes campaign won. Though he is disappointed for his colleagues in the end, O'Neill said they and Salmond put up a good fight.

"Alex Salmond, when he had to, gave the performance of his life," he said.

Political parties in Britain's parliament have promised to hand off more power to Scotland. In his comments after the results were known, Prime Minister David Cameron said he would deliver on promises made to Scotland ahead of the vote. But McGrath said some politicians are already balking at those plans.

Still, McGrath said he's disappointed by the results because he voted Yes.

"I still think it's a pretty amazing campaign by Yes to even get that close, but, nevertheless, it doesn't prevent you from feeling disappointed that we didn't go over the line."

Leith Davis, an English professor at Simon Fraser University and the current director of the Centre for Scottish Studies, said she was surprised the Yes and No sides were so far apart when the results were announced.

Citizens and politicians will now have to reconsider the U.K.'s political arrangement, especially because the "fear of the possibility of independence" was raised in the last two weeks of the campaign.

"I think there's going to have to be change," she said.

Davis said she is disappointed by the results, but the world is now looking at Scotland differently.

"I think to see a nation that can have this kind of conversation in a peaceful and democratic way where they're so strong, such strong difference of opinion, the rest of us should take notes and be envious."