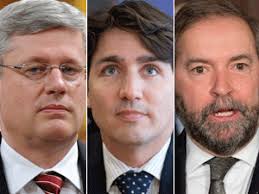 Trudeau has maintained a seven point advantage in the week over week tracking on the preferred Prime Minister front over Harper and registered a new 12 month high. For the first ranked choice for PM Trudeau came in at 35.8 percent, Harper at 28.3 percent, Mulcair at 17.8 percent, May at 3.6 percent, Beaulieu at 0.7 percent and the rest were unsure.