We have the text so where is the debate about Canada–EU free trade deal? 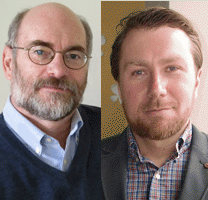 On August 5, 2014, more than five years after the launch of negotiations between Canada and the European Union toward a Comprehensive Economic and Trade Agreement (CETA), the federal government announced that, “officials have reached a complete text, allowing translation and final legal review to commence.” A week later, German broadcaster ARD leaked more than 500 pages of the Canada–EU agreement, followed the next day by an additional 1,000 pages of annexes. The Berlin-based digital rights group netzpolitik.org subsequently released additional CETA texts, including tariff offers and side letters.

The leaks should have put an end to years of unreasonable secrecy in the Canada–EU negotiations. They created an opportunity for politicians, the media and the public to debate what was said to be the most comprehensive free trade deal on either side of the Atlantic before it could be signed, which was critical since there would be no option of amending CETA after that point. Unfortunately, neither the Canadian government nor the European Commission was willing to publicly discuss the leaked text.

Attempting to crack this cone of silence, the Canadian Centre for Policy Alternatives sought expert analyses of the available text. These were compiled in a new report, Making Sense of the CETA, and released a few days before the September 26 Canada–EU summit in Ottawa. As widely predicted, Canadian Prime Minister Stephen Harper, President of the European Council Herman Van Rompuy and President of the European Commission Jose Manuel Barroso used this meeting to announce the formal close of negotiations. A 1,600-word official text, which did not differ in any notable way from the August leaks, was posted to the European Commission website the following day.

Both sides have committed to sign off on the final text before any meaningful public debate can possibly take place. This take-it-or-leave-it approach leaves little room for the citizens of Canada or the EU to assess CETA’s potential impacts, let alone advocate for changes.

While the European Commission and the Canadian federal government may consider the CETA debate closed, others still insist on having their say. A large bloc of parties in the European Parliament, which has a veto over the deal, has indicated it will reject the controversial investor–state dispute settlement (ISDS) mechanism included in the final text. Many of Europe’s 28 member states, which will have to individually ratify the agreement, also have serious misgivings about ISDS. Germany, for example, continues to express its intention to block the pact unless these investment rules are withdrawn. Former EU Commissioner for Trade Karel De Gucht insists, “If the negotiations are reopened, the deal is dead.” The insistence on ISDS is a gamble that could backfire for the Commission, as it did in 2012, when the European Parliament voted against the Anti-Counterfeiting Trade Agreement. Then, as now, the issue was a lack of mutual trust and consultation between Europe’s governing bodies.

There is also shrinking trust between these institutions and the European public. On October 11, civil society groups, trade unions, farmers and others from across Europe held a “day of action” against CETA and the Transatlantic Trade and Investment Partnership (TTIP) negotiations between the EU and the United States. Thousands of people took to the streets, organizing 1,100 actions in 22 EU member states.

These actions coincided with the re-launch of a European Citizens Initiative petition calling for an end to the CETA and TTIP negotiations while a new European approach to trade can be developed with public input. The European Commission rejected an earlier petition against these deals in July – a move the initiative’s 230 organizational backers are challenging before the European Court of Justice.

The federal government and CETA’s major corporate backers in Canada might see all of this as a purely European problem. Support for Canada–EU free trade remains high in polls. Still, there is significant public and governmental unease in Canada that could impede CETA’s ratification.

Major Canadian provinces are concerned about the fiscal impacts of extended patent protection for medicines that could increase the cost of drugs by up to $1 billion annually. Even if the federal government agrees to bear the brunt of any increase in health care costs, this simply means that taxpayers would pay at the federal rather than the provincial level. And it is all being done to boost the profits of the brand name pharmaceutical industry.

Many Canadian municipal governments remain deeply dissatisfied with restrictions in CETA on their purchasing authority. On September 29, the Federation of Canadian Municipalities (FCM) gave its blessing to the final agreement. But given the procurement chapter’s coverage of renewable energy, mass transit and local food, it is arguable whether all FCM’s conditions for approval were met – notably that the deal should exempt strategic sectors and allow for the preferential treatment of Canadian companies “within reason.” Cities such as Toronto and Victoria, which have strong opinions on the use of local content in public procurement, may still spur municipal debate about CETA.

Finally, the influence of grassroots citizens’ movements should not be discounted. The TTIP negotiations between the EU and the U.S. have clearly galvanized European public opposition to investor–state dispute settlement, further restrictions on public interest domestic regulation, and additional trade treaty inroads into food security and food safety. The CETA text is final but the ratification process will be long enough for similar public opposition to grow in Canada.

What the federal government now considers to be proof of its sound economic management credentials could eventually become a symbol of a bias towards corporate interests over the broader public interest and the use of anti-democratic means to force controversial policy changes onto unsuspecting citizens.

Scott Sinclair, director of the CCPA’s Trade and Investment Research Project, and Stuart Trew, editor of the CCPA Monitor, are the co-editors, with Hadrian Mertins-Kirkwood, of the report, Making Sense of the CETA.