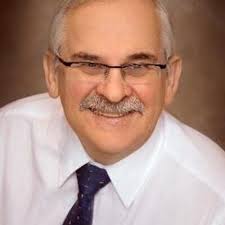 What the rest of Canada can learn from Alberta’s experience. If you look at an old map of Canadian healthcare policy, just near Privatization Island is a big warning: “Here be dragons.” So it proved for Alberta Health Services last month when a seemingly innocuous decision — to swap the tender for laboratory services from a United States-based transnational corporation to an Australian one — provoked a furore of discontent.

Part of the problem is that ‘privatization’ has two meanings. One is about increasing private funding of healthcare. In the Canadian context that is unequivocally bad. It breaks the compact between Canadians that they are all in the same boat in terms of access to healthcare and strikes at one of the key differences between the U.S. and Canada. On one side of the border, people can sleep easy knowing they are protected against the costs of healthcare if something goes wrong for them or their family. On the southern side, the spectre of bankruptcy or no care looms, even in the post-Obamacare world.

But Alberta’s controversy over lab contracts is about a different sort of privatization. It is about who delivers care in a publically funded system. Opponents wrongly evoked images of the Americanization of the health system and bemoaned profit-making in healthcare. Of course, swapping one private corporation for another doesn’t change incentives. Nor is this the first excursion of profit making into healthcare: linen, food, security services are all provided by profit-making groups across Canada.

In fact, most medical services are provided by private physicians – often structured as professional corporations – who make their income from billing provincial governments. Some provinces have contracts with private corporations to provide direct care, such as cataract procedures or residential aged care.

Privatization of health delivery can work in a publically funded system, but it is not free from risks, as I experienced in my time in Alberta. I inherited a number of private contracts, many of which were poorly specified. My departure contract precludes my detailing all their problems but some general lessons can be drawn from what is in the public domain.

First, negotiated contract prices may be too high. A contract for elective orthopaedic procedures in Calgary paid higher prices than what it cost in Calgary’s public hospitals. Second, the contracting arrangements may be exposed to political meddling and provide no incentive to deliver the public sector the best price. Alberta’s cataract contracts were the best example of this. Third, the contracts often have built in price and volume escalators which don’t give public managers the control they need in times of financial cut backs. Facing an effective billion dollar cut by the provincial government, I couldn’t look for the same savings from lab services in Edmonton we found in Calgary and the rest of the province because of the nature of existing contracts.

Poor specification of contracts and lock-in arrangements constrain future administrations, yet private providers often require long term contracts, especially where they need to build facilities to meet the contract terms and these facilities can’t be used for any other purpose.

Poor contracts are endemic in the health sector partly because it is often difficult to specify adequately the product being purchased. Although advances in patient classification systems have improved our ability to describe the volume of patients or nursing-home residents who are to be treated or cared for under a contract, quality measures are still in their infancy.

The quality metrics included in a contract should be clear and public. What is the standard of care expected? How will the purchaser know it is being delivered? Is there arms-length separation of patient assessment and provision?

Finally, contracting will only yield savings if there is a market – where providers compete for best value in terms of price and quality. Absent a market, even a local one, purchasers could be hostage to monopoly providers or exposed to protect local inefficient suppliers for political reasons.

The response to privatization of health delivery should not be a knee-jerk one, that this is a no-go area for Canada. Rather, public purchasers should be held to account for the nature of the contracts they sign and should not be able to hide behind confidentiality clauses. They should disclose the prices being paid for services and demonstrate that they have negotiated a good deal for the public taxpayer.

Transparency won’t solve all the issues of private sector contracting in healthcare, but without it, the risks will almost certainly outweigh the benefits.

Stephen Duckett is an expert advisor with EvidenceNetwork.ca and the former President and Chief Executive Officer of Alberta Health Services.