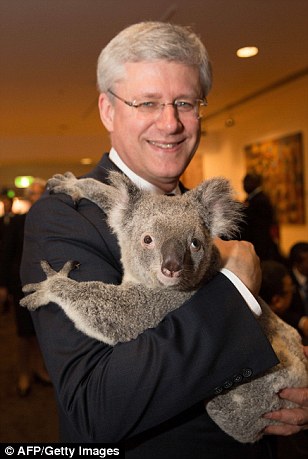 Stephen Harper has departed Australia following a Group of 20 summit that placed him in the international spotlight for telling Vladimir Putin to get out of Ukraine.

At the end of the summit, the prime minister said it was important to keep up the pressure on Russia while discussing his celebrated showdown with Putin.

If the world community eases up on Russia for its annexation of Crimea earlier this year, he added, it will only whet Putin’s appetite for similar aggression.

Harper said whether it take five months or 50 years, the world community must not drop the subject until Ukrainian territory is returned to Ukrainians.