Why you should care about Parliamentary Privilege and Hill security 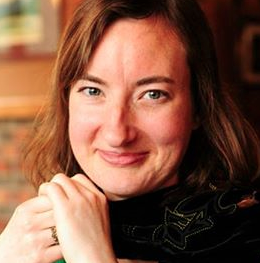 Last week, MPs debated a government motion to place the RCMP in charge of an integrated Hill security force. Tempers were short, and presiding officer Barry Devolin rose to caution the House against emotional outbursts. Conservative MP Cathy McLeod rightly observed that everyone was still on edge after the chilling events of October 22.

While it’s worth remembering that it was violence that triggered the security shake-up, what many in the House seem to have forgotten is the nature of their roles as MPs. In fact, some do not seem to understand what Parliamentary Privilege actually is, or why it demands a fierce defence.

Once called Parliamentary democracy’s “beating heart” by House Clerk Audrey O’Brien, Privilege is a set of rules developed to protect legislatures from interventionary or violent governments (i.e. the executive; in Canada, this is the Prime Minister and the cabinet). Privilege prioritizes the work of Parliamentarians. Without Privilege, there is no guarantee that MPs and Senators will be able to control and manage Parliament, reach important votes, or carry out their jobs.

As emerging democracies well know, Parliamentary Privilege does not spring fully formed from a rulebook or constitution. Frighteningly easy to subvert or destroy in the name of patriotism or expediency, it must be carefully cultivated and protected.

When I interviewed then-sergeant at arms Kevin Vickers several years ago, he went to great pains to stress that Centre Block was a legislative building. “This building is not a government building,” he told me. “It is not government. This is legislative, this is Parliament.”

Under the current system, security personnel operating in the House report to the Sergeant at Arms, who in turn reports to the Board of Internal Economy, a committee made up of MPs and chaired by the speaker. House and Senate security liaise with the other security forces operating in the Parliamentary Precinct through a Master Security Planning Office and take part in joint training and daily briefings.

The proposed changes would put the RCMP in charge. When NDP MP Wayne Marston declared these changes “unconstitutional” last Friday, it was because the RCMP commissioner reports to the Minister of Public Safety and Emergency Preparedness, a member of the government.

In other words, the fear is that Parliamentarians will lose control of legislature security. In a fundamental way, Parliamentary Privilege would be undercut.

Is this compromise of Privilege the best or only way to make Parliament safer for those who work there? It seems doubtful, especially given the sparse details available on the plan and the RCMP’s admission that they are not ready to take over security. Other options, such as the NDP’s motion to integrate security but maintain Parliamentary control, are worth considering.

While the 2012 Auditor General report did call for an integrated security force, it said nothing about putting the RCMP in charge. Nor has the government explained its decision to downgrade the role of sergeant at arms at a time when the need for such an intermediary between the RCMP, Hill officials, and Parliamentarians has never been more apparent.

Behind the scenes, Hill officials and Parliamentarians are likely carefully considering their options. Speaker Andrew Scheer, who has demonstrated a deep appreciation for Privilege in the past, is doubtless aware that the most powerful precedent set during his time in that position risks being an erosion of Privilege.

Why should Canadians care about such a seemingly innocuous change? At the most basic level, curtailing Privilege impairs MPs from carrying out their jobs. It means that Parliamentarians and Hill staff have less leverage to limit partisan activities inside the Parliament Buildings, and no recourse when overzealous security officers block Parliamentarians from accessing the Senate and House of Commons during key votes.

These changes could also limit ordinary Canadians’ access to the Hill. In the past, those advocating for more barriers have inevitably portrayed peaceful protesters and visitors as inconveniences, or, even worse, threats. There is a danger here of allowing this narrative to dominate how we understand our Parliament, and for the whole conversation to turn on security.

Some MPs have expressed frustration that Kevin Vickers is no longer present to defend the legislature’s independence. Ultimately, though, it is up to Canada’s MPs and Senators to find a long-term solution that effectively integrates Hill security, protects Parliamentary Privilege, and preserves the Precinct as a space for constituents, protesters, tourists, and Hill workers, including security personnel.

Parliamentary Privilege is the hard-won legacy of centuries of struggle by democratic reformers both at home and abroad. It would be a shame for MPs and Senators to let it crumble without a fight.

From the British Speaker defending Parliamentarians against the violent intrusion of King Charles I to Canada’s own LaFontaine and Baldwin asserting responsible government, there has been an ongoing tug of war in our history between those who would protect the rights of the people’s representatives and those who would let an executive have its way in all matters of the state. This might be a rare week when that push and pull becomes visible, when MPs and Senators must place themselves on one side or the other.

Anne Dance is a History postdoctoral fellow at Memorial. She first began researching security and public space as part of the 2008-2009 non-partisan Parliamentary Internship Programme.