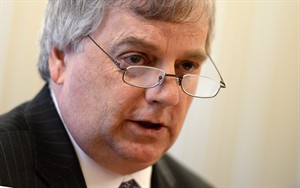 OTTAWA - Two studies on tax-free savings accounts sound alarm bells about their long-term fiscal impact if the Conservative government keeps a 2011 campaign promise to allow people to park almost twice as much money in the popular savings vehicles.

The report from the left-leaning Broadbent Institute says a pledge to up the TFSA contribution limit to $10,000 from the current $5,500 would ultimately cost billions in lost tax revenue while primarily lining the pockets of the wealthy.

The majority of Canadians, the report says, would bear the burden of reduced public services or higher taxes to offset the lost revenues.

The study was written by Jonathan Rhys Kesselman, an economist at Simon Fraser University whose research on tax-free savings laid the groundwork for the government's initial introduction of TFSAs in 2009.

"Like a little baby who looks cuddly and cute, this proposed initiative would grow up to be the hulking teenager who eats everyone out of house and home," Kesselman says in an expanded version of the report done for the university's public policy school.

The parliamentary budget office also weighed in Tuesday on TFSAs, calling them regressive.

The PBO report projects the fiscal impact of the TFSA program this year to be $1.3 billion, or 0.06 per cent of GDP. Two-thirds of the cost — or $860 million — is borne by the federal government, the report says. The remaining $430 million is borne by the provinces.

It also predicts that if contribution limits are doubled, Ottawa would lose $14.7 billion a year in federal revenue by 2060 while the provinces would face a $7.6 billion shortfall.

The impact on public finances in the early years is relatively minimal, Mostafa Askari, assistant parliamentary budget officer, told a media briefing on the PBO report. But by 2080, costs will increase ten-fold, reaching 0.57 per cent of GDP.

"Today, nearly 11 million Canadians of all ages and income levels have a TFSA, with the vast majority of accounts belonging to low and middle-income earners," he said.

Oliver's office didn't say, however, whether he intends to keep the government's promise to raise the contribution limit now that he's facing a shrinking surplus due to sliding oil prices. Nor would it say if there are plans in place to offset the loss in tax revenue in the future thanks to TFSAs.

Tax-free savings accounts complement existing retirement savings tools such as RRSPs by allowing investment income to grow tax-free and unused contribution room can be carried forward into future years. Unlike RRSPs, however, the contributions themselves are not tax-deductible.

Because income derived from TFSAs isn't claimed on tax returns, it isn't factored in when calculating income supports for the elderly such as Old Age Security or the guaranteed income supplement.

The Broadbent report found that by the time the existing TFSA framework matures in 40 or 50 years, it will cost the federal government as much as $15.5 billion annually.

It also predicts that TFSAs will eventually cost the provinces as much as $9 billion annually — a figure that will balloon if contribution limits are doubled.

Economists have long warned that higher TFSA limits would have the greatest impact on public finances years from now, making them attractive election promises since future governments will face the bill.