Canada right to fight ISIL in Syria, despite uncertainty: experts 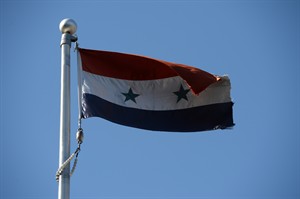 A tattered Syrian flag continues to fly at the Syrian Embassy as it sits vacant in Ottawa on Tuesday, March 24, 2015. THE CANADIAN PRESS/Sean Kilpatrick

OTTAWA - Syria may be a mess — the world's worst humanitarian disaster, a multi-sided civil war in a country led by a brutal dictator that could be falling apart. But that's no reason for Canada to stay out.

That view emerged Tuesday from some leading international security experts in Canada, including one of the Harper government's toughest critics.

They saw Prime Minister Stephen Harper's announcement that Canadian fighter jets will take part in air strikes inside Syria as an inevitable consequence of the evolving threat posed by the Islamic State of Iraq and the Levant.

But they also say it is a mission fraught with uncertainty, including deciding what exactly to shoot at on the ground, and making sure that none of the millions of Syria's displaced and uprooted civilians don't become collateral targets.

Canada's former UN ambassador Paul Heinbecker, who served in New York in 2003 when the Liberal government decided against joining the U.S.-led invasion of Iraq, was a against that military intervention and has become a vocal critic of Harper's foreign policy.

But this time around, Heinbecker said Canada and its allies cannot afford to turn its back on the threat posed by ISIL.

There is a clear moral imperative to attack targets inside Syria, with the country facing the worst death toll since the Rwandan and Cambodian genocides, he said.

"If we take the view that we shouldn't intervene, at all, ever, that you can solve problems with diplomatic notes and put band aids over bullet holes, we're going to be in for a world that is nasty and brutish."

In fact, Heinbecker said, the desire to focus on Syria raises questions about why the West didn't intervene sooner to help Syrian civilians suffering from a civil war now in its fifth year, and after it claimed 220,000 lives.

"I can't easily bear the thought that we stood by and let (220,000) people die, and now when ISIS threatens us, we're prepared to go in and go into exactly the same territory, fly into the exactly the same space," he said.

"I think that there's a real moral issue there."

One of those issues worth considering, Heinbecker said, is that Canada will now be fighting one of the enemies of Syrian President Bashar Assad, who has slaughtered his own people.

But Canada has not made itself an ally of Assad simply by virtue of its decision to take on ISIL in Syria, said Thomas Juneau, a University of Ottawa Middle East expert who used to be a strategic analyst with the Department of National Defence.

"We disagree with Assad on pretty much everything else, and we're going to continue to do so. It remains Canada-U.S. policy to call for Assad to go."

But other practical questions hover over Canada's engagement, he said, including deciding how to pick targets on the ground, and how Canada will operate with the five other countries — five Arab — that are supporting the Syria bombing campaign along with the United States.

Juneau said it could be difficult for Canada to operate in a common command structure with Jordan, Saudi Arabia, the United Arab Emirates, Qatar and Bahrain. And he said it raises the possibility that Canadian special forces troops might have to enter Syria to mark bombing targets as it has done on the ground in Iraq.

"They were clearly running out of targets in Iraq," said Fen Hampson, head of the global security program and the Centre for International Governance Innovation, a reality that makes expanding the mission into Syria inevitable.