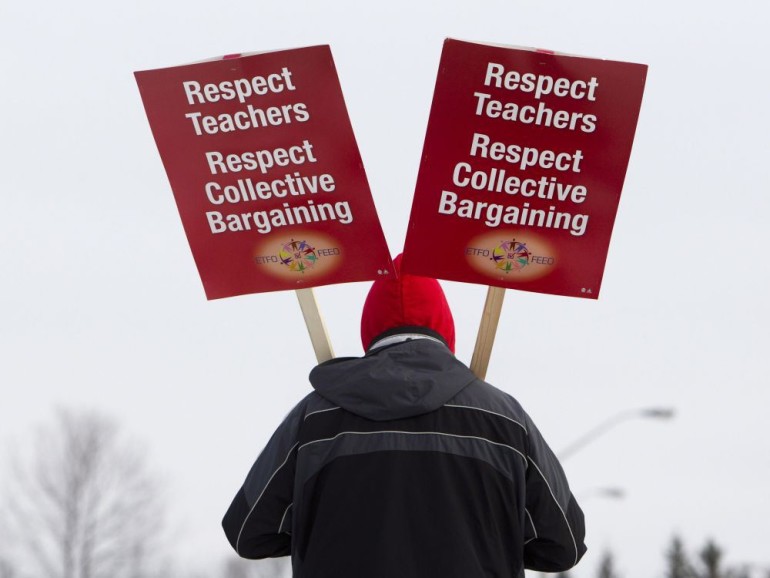 The fragile labour peace between the Ontario government and the province’s public school teachers appears on the verge of collapse.

A strike is looming Monday at secondary schools in the Durham region, with a walkout planned in Sudbury a week later.

And the Elementary Teachers’ Federation of Ontario, which applied for conciliation in late March, asked for a “no board report” Monday, signalling that talks with the province are at an impasse.

The union would be in a legal province-wide strike position on April 30, or 17 days after the report is issued.