Is the sun setting on Canada’s first-past-the-post electoral system? 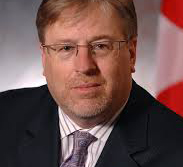 Will this October be the last election in Canada under our first-past-the-post electoral system?

A decade ago, democratic reform initiatives were all the rage. Almost every province was engaged in some form of study, citizens’ assembly, or referendum. Four actual referendums were held – in Ontario, P.E.I. and twice in British Columbia – with voters asked to approve in each case a change to a proportional representation system.

Mr. Mulcair and Mr. Trudeau would be wise to heed the lessons provinces learned and plan accordingly.

First, provincial dissatisfaction with electoral outcomes was the main driver of reform. Recent elections had ginned-up the desire for change. In B.C. it was sharp shifts from left to right-leaning governments. In New Brunswick, it was massive government majorities with very small oppositions. In Ontario, it was big majorities with modest popular votes. Are we truly there yet in Canada? Conclusion: Circumstances matter in building momentum for electoral system reform.

Second, whenever citizens or study commissions reviewed the current system, they always recommended a form of proportional representation. Dissatisfaction with the first-past-the-post system was common. From lack of fairness in how votes are counted, to lack of choice for voters, to weak diversity in elected faces of society in the legislature, to questions of accountability of governments – all were on display in animating recommendations to proportional representation. Conclusion: PR systems beat SMP systems as a preferred system.

Third, before a change was made, voters were asked to pronounce on it. When push came to shove, however, voters were not ready to embrace a change to PR. Referendum questions in Ontario and P.E.I. on an MMP system lost by a significant majority. In B.C., two referendums were held on a proposed single transferable vote system, in 2005 and 2009. Both failed, the second more decisively than the first. Conclusion: voters will want a say and they may well say ‘no’.

Bearing all this in mind, any electoral system for a geographically broad and regionally diverse country like Canada will need to be founded on four principles:

These point the way to the most likely PR alternative acceptable to Canadians: a mixed member proportional system.

The reasons why are basic and two-fold.

One, it looks a lot like the current system by electing individual Members of Parliament to represent constituencies across the country by a simple plurality of votes. Voters receive a ballot and vote for their MP of choice exactly as they do now. All voters have their own MP and accountability remains intact, albeit in larger geographic enclaves to avoid an enlarged House of Commons. Its familiarity will breed acceptance.

Two, it injects a degree of proportionality to correct for the ‘winner-take-all’ effect of majoritarian systems like the SMP system we now have. This is done through regional multi-member districts in which voters choose the party of their preference. Depending on the number of votes cast for the party, the first, second, third, and so forth names are awarded seats (the d’Hondt electoral formula works best) until all votes cast are allocated. This eliminates the ‘wasted votes’ phenomenon where parties pile up high majorities in seats or regions that do not count anywhere else.

The value of MMP is in the choice it gives voters. How many of us have heard someone say, “I like my MP or candidate but not the leader or party”? Or, vice versa? MMP gives voters two votes: one for the candidate and one for the party. It actually empowers voters at the expense of parties.

Is it complicated? Yes, if you can’t count to two.

What about the charge that MMP privileges parties over voters with the party lists for choosing MPs? An open list approach in which voters select the names from among the choices parties give on the ballot would fix that. Even in a closed list system party democracy measures such as open nomination processes would militate against that problem. To prevent gaming the system, candidates could be required to run in the single member riding or on the list, not both.

In the meantime, it is worth reminding that voters have no say in the names they are given now.

Voters also win by then getting more than one MP to represent them – an individual MP and list MPs within their region. Will this make for inter-party and intra-party competition to serve voters better? One can only hope so.

What about a fragmented Parliament and dozens of fringe parties with seats? PR systems with low thresholds to gain seats such as in Israel and Italy are the cause of this. A minimum 5-7 per cent threshold would prevent this from happening here and ensure stable governments.

Finally, In thinking about electoral reform, it is wise to go back to our roots. Democracy comes from the Greek words “demos” which means people and “kratia” which means power. More popularly, ‘power to the people’.

This seems like the best guiding principle of all.

David McLaughlin was Deputy Minister to the New Brunswick Commission on Legislative Democracy under Premier Bernard Lord.  He has served as a Conservative Party chief of staff at the federal and provincial levels.