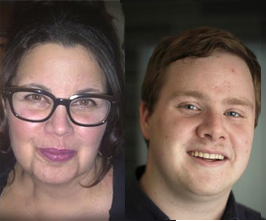 What follows is a response to Douglas Judson’s column “Why does Mulcair’s NDP think less democracy is more democratic?” published by National Newswatch on July 17, 2015.

“Canadians deserve a more particularized discussion of any bid to retool their most basic, legitimizing interface with government machinery.”  This is how a recent article by former Liberal staffer Douglas Judson on electoral reform concludes.  We, and we’re sure many other advocates of reform agree.  Unfortunately the article itself only detracts from this goal by providing factually incorrect claims that only obfuscate and cloud the debate on electoral reform.

Judson is operating on the mistaken belief that the NDP is proposing the same electoral reforms that were presented to Ontarians in 2007, and goes at great length to attack the closed list mechanism included in those proposed reforms.  He is attacking a strawman.

The NDP proposal is in fact based on the Law Commission of Canada’s 2004 report on electoral reform. That may seem like a small distinction, but in terms of the substances of Judson’s claims, it’s everything.

The Law Commission did not recommend the party-centric system Judson imagines. They recommended using open lists, as is the common practice in Northern Europe. Under an open list, voters aren’t simply presented with a choice between candidates of different parties, but also a choice between candidates of the same party.  If a party receives enough votes to win seats, then those seats are awarded to whichever candidate or candidates received the most votes.  No MP is appointed – they are all directly elected.

Just like now, parties would nominate their candidates to put forward for the election.  Unlike now though, parties would be putting forward multiple candidates at once, allowing voters to choose which candidate they themselves like best. This would profoundly strengthen the power of citizens. No longer would winning the nomination of the right party in the right riding be tantamount to a free ticket to Parliament.  Moreover, dissenting and disgruntled MPs would be much more free to cut ties with their former party, as they would increase re-election chances on their own slate in a proportional system unlike first past past the post.

Multi-member nominations also provide gains in other areas by making biases in party nomination processes much more readily apparent to voters. It is far more painfully obvious when you present six elderly white men to the electorate together than when you nominate six elderly white men in six different ridings.  Individually, any of those candidates may just be the best candidate for the job. Collectively, it forms a pattern, and suggests that better candidates were excluded because of their gender or ethnicity. It holds parties accountable for their candidate recruitment, and forces them to reach out to people of diverse backgrounds to win over voters. Not surprisingly, a more diverse set of candidates leads to a more diverse cabinet, as seen in New Zealand since their adoption of proportional representation in 1996.

The Law Commission’s report also proposed dividing larger provinces like Ontario into separate proportional representation regions. Judson’s fears of a Toronto-dominated parliament are simply unfounded, because people in rural Ontario would be voting on a totally different set of candidates from those in Toronto. Even if this were not the case though, do political parties not want to win elections? Why would they exclusively run candidates from Toronto and expect rural Ontarians to vote for them?

And in fact, this is why rural voters would be some of the largest beneficiaries from proportional representation.  Many rural ridings are simply uncompetitive. Take the riding of Crowfoot in Alberta. Conservative Kevin Sorenson won this riding with 84% of the vote in 2011. Liberals, Conservatives and NDP alike have very little incentive to campaign to the voters in Crowfoot because they know that it would take a catastrophe for that riding to change hands. Most competitive ridings lie in and around the suburbs of major cities. That is where all parties focus their attention and where the government focuses its spending. Elections are fought and won in swing ridings while many voters in strongholds can count on a lifetime of non-representation. Proportional representation levels this playing field, giving politicians of all parties a reason to campaign to all Canadians, and not just those that happen to live in swing ridings.

Judson and other opponents of reform argue that proportional representation would give fringe parties an undue amount of power. By fringe, presumably he means small, because the party that would have gained the most seats under proportional representation in 2011 was in fact the Liberal Party. Simply put, this claim is false. While smaller parties like the 2011 Liberals and Greens would have greater influence, the larger parties retain the most power, as they have the most options on who to partner with to form a government. More options than one might expect once you remove the partisan bickering of winner-take-all politics, all sorts of government configurations become possible — Conservative-Green, Conservative-NDP, Conservative-Liberal, NDP-Green, NDP-Liberal… many of these may sound impossible with today’s politics, but the German equivalent of each of these has governed at some point at the state level under their MMP proportional system.

As an alternative to proportional representation, Judson proposes the false reform of what he calls ranked or preferential ballots in single member ridings. This is not a new idea, but rather a repackaging of a very old one that is called the Alternative Vote in the United Kingdom and Instant Runoff Voting in the United States.  It most similar to the system used currently for lower house elections in Australia, and it was used for provincial elections in British Columbia in 1952 and 1953, Alberta from 1926 to 1955, and in Manitoba from 1927 to 1953.

Judson claims that using a ranked ballot would ensure every MP has the majority of the vote. Again, this is simply false.  When used in BC, Alberta and Manitoba, barely half of voters bothered to rank anyone second. If the candidates you rank get eliminated in an early round of counting, your vote simply dies and doesn’t contribute to anyone. To get around this, Australia forces people to rank every single candidate, leading to an increase of spoiled ballots. In Queensland and New South Wales state elections where voters can simply rank as many or as few candidates as they choose, the Political Studies Association of the UK found that as many as 30% of MPs could be elected with less than a majority of the vote. They also found that, contrary Judson and others’ claims, single member ranked ballots are no more proportional than first past the post. Indeed, when used in provincial elections in Canada, the results were nearly indistinguishable from first past the post. The differences, while small, are often in the wrong direction. In the most recent UK election the Conservatives won 50.8% of the seats with just 36.9% of the vote. Under single member ranked ballots, the Conservatives majority grows to 51.8% of the seats, creating an even larger disconnect between votes and seats.

These lapses are telling though. Opponents of proportional representation, and their allies who promote phony reforms like a single-member ranked ballot, do not present the evidence on electoral reform either out of genuine ignorance or because they know it doesn’t support their opinion. To date, there have been 10 studies and commission on electoral reform in Canada and they all recommend proportional representation to fix Canada’s democratic deficit.  Moderate proportional representation systems such as those proposed for Canada have been found to increase economic growth, lower income inequality, increase Human Development Index scores, promote greater fiscal responsibility, improve environmental performance as measured by the Yale Environmental Performance Index, and increased voter turnout.

Mixed member proportional representation is not the only proposal for electoral reform worth considering for Canada. Stéphane Dion has an excellent proposal for electoral reform that combines a ranked ballot with open lists and multi-member ridings to create a system that is both preferential and proportional. It’s important to understand that a ranked ballot can be used in a proportional system but without multi-member districts, a ranked ballot is just another winner-take-all voting system. A similar proportional system is used to elect Senators in Australia, and in that context it has given genuinely representative results for Australians, both in terms of partisan results, and in terms of ethnicity and gender. 38.2% of Australia’s Senators are women, compared to 26.7% of their MPs elected from winner-take-all, single-member ridings with a ranked ballot. In their proportionally elected Senate, Australians of aboriginal descent have won elections seven times from 1971 to today. 632 Senate seats have been contested during this period, so this represents a little over 1% of Senators being of aboriginal descent.  While still well below the 2.7% of the Aboriginal population, it is far better than the 2 seats out of 2100 won by aboriginal MPs in Australia’s lower house. Put another way, Stéphane Dion’s proposal elects 43% more women and 11 times more aboriginal people than what Douglas Judson proposes. There may be other worthwhile proposals that emerge as this debate on electoral reform, but Canadian women and aboriginal people, and indeed Canada as a whole, deserves better than a ranked ballot in our existing single member ridings.

We invite Judson and his friends to an open conversation about retooling the implements of our democracy, but that conversation needs to be based on facts and evidence.  To do otherwise only harms the public discourse, and Canada as a whole.

Ryan Campbell is a former member of FVC’s national council and an active member of the Liberal Party of Canada.

Kelly Carmichael is the Executive Director of Fair Vote Canada