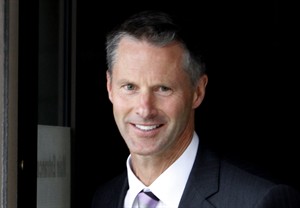 OTTAWA - Top members of Stephen Harper's campaign team, including the most senior staffer in the Prime Minister's Office, were among those told in 2013 that Sen. Mike Duffy didn't pay back his own contested expenses.

But the circle of key advisers kept their lips sealed, even as cabinet ministers told the House of Commons that Duffy had "shown leadership," or that chief of staff Nigel Wright "was the only one involved."

Ray Novak, Harper's current chief of staff, had been told in a direct email that his predecessor, Wright, was preparing to repay $90,000 in Duffy's Senate claims. Among all of Harper's aides, Novak is the longest serving and closest to him personally.

A day earlier, he had participated in part of a conference call involving Duffy's lawyer Janice Payne, the prime minister's lawyer Benjamin Perrin and Wright.

"I think her approach works," Wright wrote only to Novak and Perrin on March 23, 2013. "I will send my cheque on Monday."

The email was filed as evidence in court Thursday during Wright's second day of testimony at Duffy's trial. The former Conservative senator has pleaded not guilty to 31 counts of breach of trust, fraud and bribery.

Novak's name appears as the recipient, the sender or a person copied on more than 100 emails about Duffy exchanged in February-April 2013.

Novak, who is travelling with Harper, refused to speak to reporters. Campaign spokesman Kory Teneycke said Novak never read the mail from Wright, and wasn't aware he was paying Duffy's bill until it emerged in the media.

Duffy's current lawyer Donald Bayne launched into a methodical examination of Wright's statements to police, as well as emails that he exchanged with Duffy and others in Harper's office and the Senate.

There were some prickly exchanges between Bayne and Wright as each betrayed moments of frustration or irritation.

Bayne is trying to emphasize that it was Wright and his team — not Duffy — who devised the plan to have the senator say publicly that he had mistakenly claimed living expenses for his Ottawa-area home.

He honed in on language that Wright had previously used, such as "pressuring," "forcing," or "browbeat," to make the case that Duffy was not the instigator of any bribery or any fraud on the government.

"I was persistent and eventually he agreed," Wright said of getting Duffy to tell the public he had repaid his expenses.

"What you call agreement, I would suggest, sir, is capitulation. It's not agreement when you have to force someone to do something," Bayne retorted.

The emails introduced by Bayne also contain more indications of just how wide a circle of key aides were in the loop about the plan to have someone else repay Duffy's expenses, in exchange for him telling the public he had done it.

PMO lawyer Benjamin Perrin was one of the figures most actively involved in striking an agreement with Duffy and his then-lawyer Janice Payne that would see him publicly say he had repaid his expenses.

"[Perrin] could not tell me about funds and agreed I should ask you about the status of funds," Payne wrote to Hamilton on March 21, 2015, four days before Wright drafted his cheque. The party had also paid for Payne's legal fees.

Stephen Lecce, a member of Harper's campaign war room and the deputy communications director at PMO, helped put together the media lines around Duffy's supposed repayment.

Lecce had been copied on scenarios that outlined the party might be prepared to pay Duffy's expenses, which had originally been estimated at $32,000.

"The party is open to keeping Sen. Duffy whole since it is clear that any overpayments were innocently received," reads an email from Wright on Feb. 21.

"I have a call into the party to confirm this as I think that the senator has a right to have it confirmed."

David van Hemmen, a senior staffer inside Finance Minister Joe Oliver's office, was aware of Wright's payment as his then-assistant in PMO.

"I have a cheque to deliver to you on behalf of Mr. Wright," van Hemmen wrote to Duffy's lawyer.

Documents previously released already made clear that Wright had informed Harper's former director of issues management, Chris Woodcock, of his intention to repay. Wright told the court that Woodcock was responsible for the overall approach to media strategy inside the PMO.

Even when the story broke on CTV News on May 14, 2013, the PMO did not come clean on Wright's role in the repayment. Woodcock and others seemed focused on checking what precise emails might be out in the public.

"In terms of the Globe [and Mail], you should stick to the same answer you gave [CTV's Robert] Fife: that you repaid, but no taxpayer money was involved," Woodcock told Duffy that night.

In the Commons in the days that would follow, cabinet ministers would deny during question period that any documents existed detailing a plan between Duffy and the PMO.

"Can the Conservatives say definitively that there were no documents in the Prime Minister's Office that related to the Mike Duffy and Nigel Wright scandal? To be clear: no emails, no memos, no notes. Yes or no?" NDP House leader Nathan Cullen asked on May 22.

Replied John Baird, foreign affairs minister at the time: "No one in the government knows about any legal agreement with respect to this payment."

When asked who else was involved, the government's heritage minister, James Moore, said, "Nigel Wright was the only one involved."

Wright, a devoutly religious man, explained his desire to keep his payment quiet by quoting Scripture: "You should do those things quietly, and 'not let your left hand know what your right hand is doing.'"

Bayne suggested in court that Wright had created a "deliberately deceptive scenario" for Canadians, and that his motivations were political rather than moral.

He quoted from Wright's interview with police in the summer of 2013.

"We were never, I don't think we were going to publicize the fact that I paid," Wright told the investigator. "I mean it was the government that was going to be happy if people thought that Duffy repaid."

Wright later added in court that, "it got to the point where he said he couldn't do it with his own funds, we found the funds, eventually they were mine, I was happy to have people believe he had repaid."

At a campaign stop Thursday at a farm outside of Regina, Harper continued to focus on his own ignorance of the repayment scheme.

Harper said he was told Duffy was going to repay the expenses and would "explain his own story on that."

"That, to my knowledge, was exactly what he did until I found out otherwise."

— With files from Jordan Press in Regina