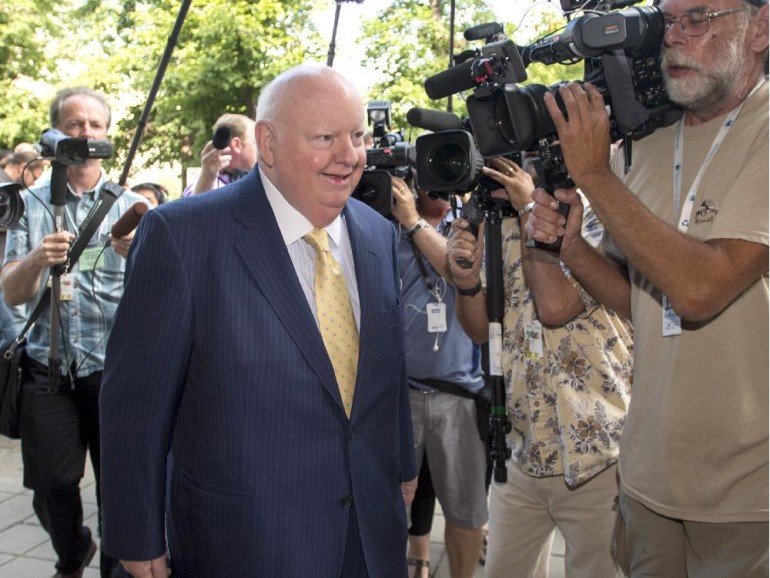 Former Conservative senator Mike Duffy arrives at the courthouse in Ottawa on Wednesday, Aug. 19, 2015. Duffy is facing 31 charges, including fraud, breach of trust and bribery. THE CANADIAN PRESS/Justin Tang

In April 2013, Sen. Mike Duffy engaged longtime Conservative insider and communications expert Goldy Hyder to advise him on how to handle his ongoing discussions with the Prime Minister’s Office over his expense claims.

Hyder, a consultant, then contacted Nigel Wright, at the time the prime minister’s chief of staff, to say he had been engaged as a Duffy adviser. And, according to Duffy’s defence lawyer, Hyder offered to secretly share information with Wright.

In an email to colleagues, introduced at Duffy’s criminal trial Wednesday, Wright wrote: “I spoke with Goldy Hyder last evening … we can count on Goldy’s good judgement which aligns with how we see things unfolding.”

Wright testified that he “assumed” it was part of Hyder’s remit from Duffy to speak with him. At the time, the PMO was working frantically to tamp down the Duffy affair, which centred on the senator claiming a housing allowance for his longtime residence in Kanata.