Group mobilizing in swing ridings in bid to oust Conservatives 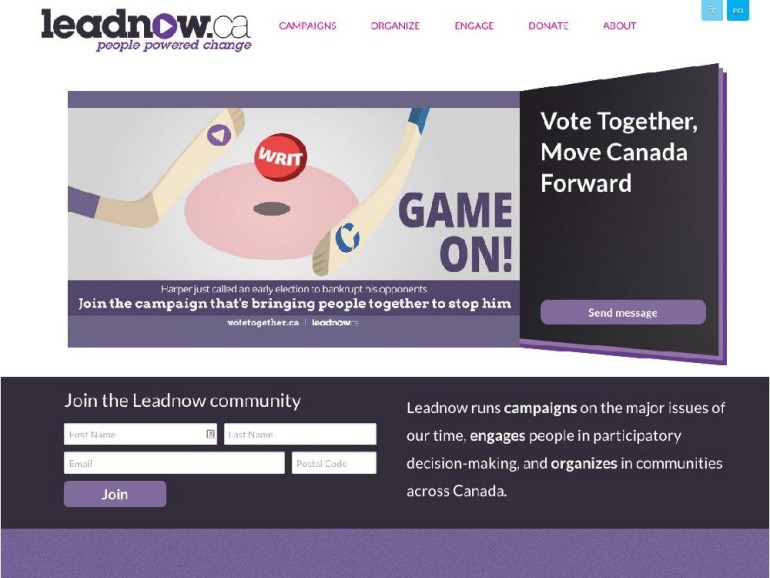 An organization created before the 2011 federal election by a group of young Canadians disillusioned by the Conservative government’s environmental policies is ramping up a social media campaign in an effort to prevent vote splitting in swing Conservative ridings.

The Vote Together campaign by Leadnow.ca is essentially an Anybody But Conservative movement.

Leadnow began among a group of young environmentalists who emerged disenchanted from the United Nations Climate Change Conference in Copenhagen in 2009.