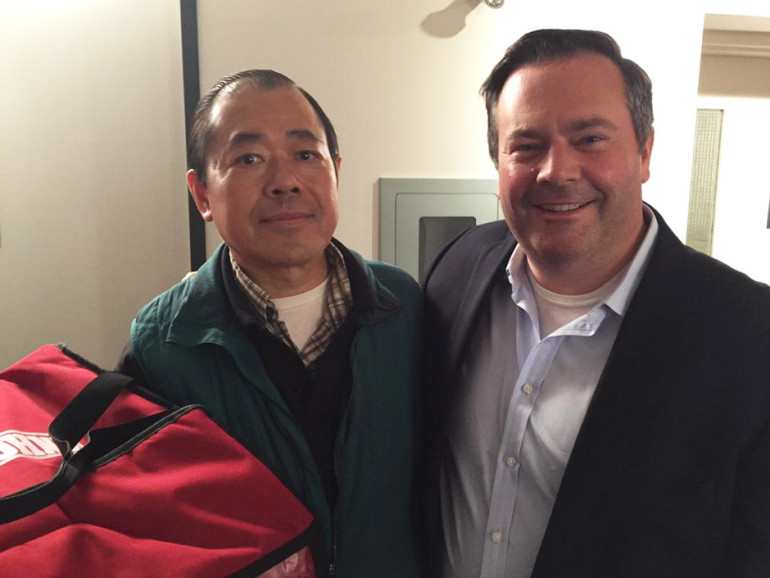 Calgary pizza man Thai Trinh was making a late-night delivery when he unexpectedly crossed paths with the federal defence minister.

The longtime Calgary Southeast MP Jason Kenney had a fit of the midnight munchies recently and ordered up a Papa Johns pizza.

“You have to win! Those other guys will raise taxes on everything!” Trinh told the top Tory, according to a tweet from Kenny.

In response, the cabinet minister asked Trinh’s name (which he shares with a young Vietnamese pop star), then snapped a selfie with him in the stairwell of his condo building.

It’s the kind of thing that happens thousands of times during Canadian elections: ordinary people get to walk up to politicians and say what they think of them.