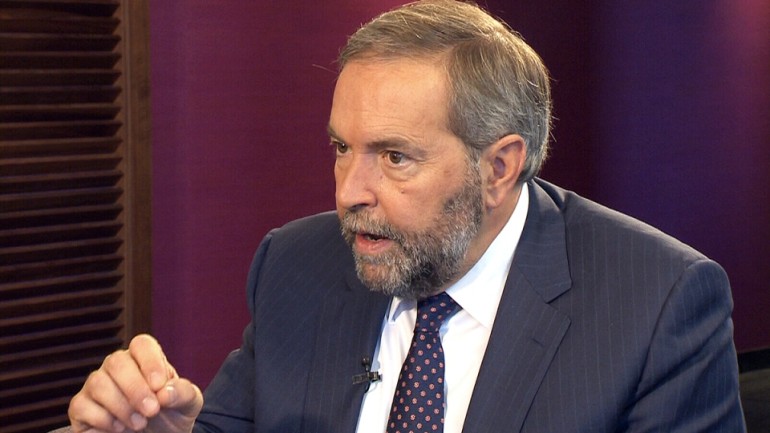 Andrew Vaughan/The Canadian Press
Three more NDP candidates in Quebec are backing away from party leader Thomas Mulcair’s stated policy on the niqab and are telling their constituents they oppose the wearing of face veils during citizenship ceremonies.

Danielle Landreville, the NDP candidate in Joliette, said Tuesday that she opposes the wearing of the niqab, pure and simple.

“I believe it is important for a woman to show her face to clearly identify herself during the oath of citizenship,” Landreville said in a press release on NDP letterhead.

Michel Harnois, her communications adviser, told The Huffington Post Canada that NDP president Rebecca Blaikie had seen and approved Landreville’s communiqué before it went out to the media.