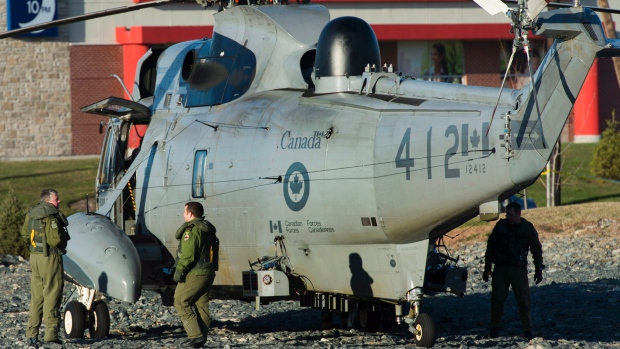 Only four of the air force’s venerable CH-124 Sea King helicopters are due to be written off between now and the end of next March, despite last June’s splashy retirement party for the five decade-old workhorses.

National Defence is also spending more than $500,000 on a program to ensure the transition to the new CH-148 Cyclones is not a total culture shock for pilots and aircrew.

The Conservative government, which has struggled to deliver replacement maritime helicopters, went to great lengths last spring — before the election call — to demonstrate the Sea Kings could begin retiring in 2015 as promised.

It held a media event at the military air base in Shearwater, N.S., that included Diane Finley — public works minist