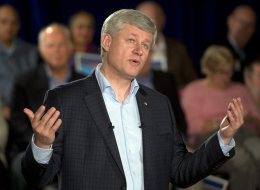 The bureaucratic arm of the Prime Minister’s Office ordered a security review of Syrian refugee cases this summer as a result of intelligence reports in the U.S. suggesting refugees could pose a threat to that country.

The Canadian Press has learned the June audit was carried out only on government-assisted refugee cases — those already in Canada and those still in the queue, forcing a halt to case processing for several weeks.

No concerns were ultimately found and the process was restarted — the processing of privately sponsored files was never impacted.