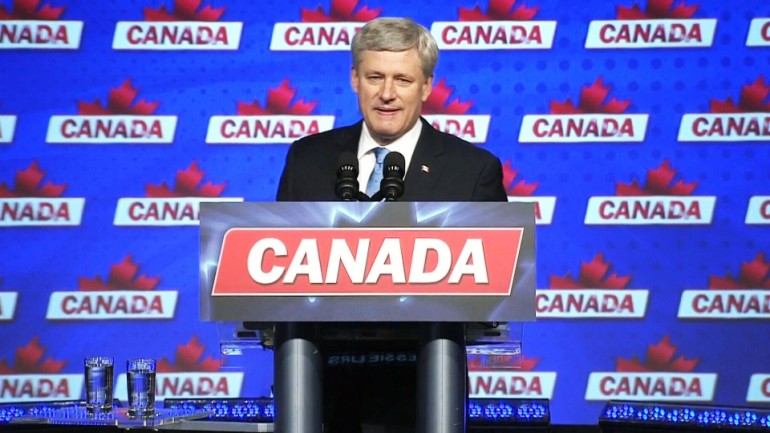 On his final campaign flight from Abbotsford, B.C. to Calgary, Stephen Harper sat with his closest friends and began putting together the plan for his exit from the Conservative Party leadership.

That plan will unfold this morning, as Conservative politicians and the party’s rank-and-file look to a future leadership race — only the merged party’s second — putting the pieces in place to move forward and rebuild from a devastating election loss.

Harper was calm about the defeat that laid before him, according to sources who spoke to The Canadian Press over the past 24 hours. He sat alternately with longtime aide Ray Novak, and party president John Walsh on the plane.

There are two main things that will happen right away — Harper will resign as leader, but stay on as an MP. The party’s much smaller caucus will vote for an interim leader. Former cabinet minister Diane Finley’s name is an early name being floated.

Then, the party’s national council will ap