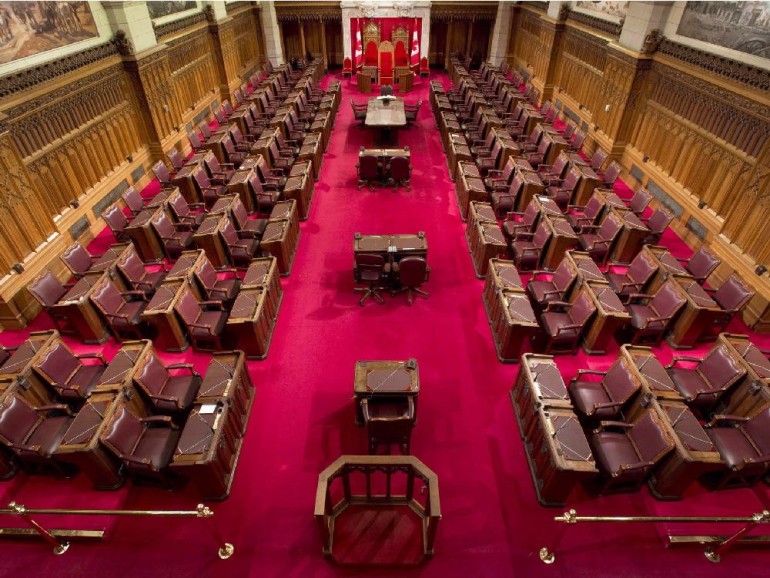 Veteran Senate Liberal David Smith says that there will be “confusion” in the Senate when the House returns because Justin Trudeau refuses to appoint a government leader in the Senate.

In an interview on Sirius XM’s “Everything Is Political”, Smith told Evan Solomon that without a government leader Senate Liberals might willfully slow down legislation.

“The whole process may take considerably more time than it has in the past and maybe a light will go on and somebody will be designated,” Smith said.

Asked if this was a veiled threat to Prime Minister designate Justin Trudeau, Smith responded that Senate Liberals could get so frustrated that they vote against legislation with their Conservative colleagues.

“The Conservatives have enough members to do that,” Smith told Solomon. “But in some instances some of our people may vote with them if they’re very frustrated because they can’t get questions answered by the Minister responsible,” he said.

The tension between the Senate Liberals and Justin Trudeau goes back to January 29, 2014, when Trudeau suddenly kicked them all out of the caucus saying there are no more Liberal Senators. Since then Trudeau has promised Senate reform, calling for an independent body of citizens to appoint non-partisan Senators. No details have been revealed about when or how this will be put in place.

Since the election, questions have emerged about how Trudeau will get his legislation through the Senate. Normally, the government Senate leader sits at the Cabinet table and then defends the legislation during the Senate question period. Stephen Harper first removed the Senate leader from the cabinet. The lack of information is leading to frustration among Senators.

“I’m not trying to be difficult here,” Smith said, adding that he’s just being honest about the situation facing Trudeau on the Senate issue.

The now independent liberal Senator went on to say there was a bipartisan meeting of all senators this week and that they discussed the possibility of cancelling Question Period in the Senate for the first time in modern history.

“If nobody is mandated to speak for the government how do you have one?” Smith asked.

Beyond procedural problems in the Senate, Smith also said that one of Trudeau’s key promises to end the First Past the Post election system should involve a national referendum:

“I think that’s a fundamental change of a significant nature to the point that a referendum would be appropriate,” Smith said.

Trudeau wanted an independent Senate. It may turn out to be more than he bargained for during the election.