Time for a national conversation on TPP’s Investment Chapter 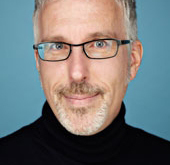 Now that the legal text of the Transpacific Partnership Agreement (TPP) has been released it is time for a national discussion to begin.  The new Liberal government has announced that there will be a ‘full and open public debate in Parliament’ regarding its terms.  Much of the controversy has turned on questions of supply management and the auto sector.  Yet there is much more in this pact that is not about trade and this includes conferring upon foreign investors special rights, many of which are well beyond those available under Canadian law.  For investors making their home in TPP signatory countries outside of Canada, they are entitled to sue Canada for damages when their rights are adversely affected.  Investors will make these claims before specialized tribunals composed of trade and investment specialists applying legal protections often having little or no connection to Canadian law.  This is the controversial system of investor-state dispute settlement, what is called ISDS.

It is important to emphasize that we have not previously had this national discussion.  The 1987 free trade election concerned the US-Canada free trade agreement, which did not include ISDS.  It was with the advent of the North American Free Trade Agreement (NAFTA) that Canada followed the U.S. lead and adopted strict protections for investors that the U.S. had long touted as representing the content of international law.  As of late, ISDS has been of some controversy in Europe, and elsewhere, resulting in the US-European Transatlantic Trade and Investment Partnership (TTIP).  Negotiation over TTIP’s investment chapter was put on hold pending further consultation with disaffected governments.  The European Commission has since revealed a proposal for a new investment court as a way of mollifying critics.  There is even some doubt that a new U.S. president, if a Democrat, would invite Congress to ratify the deal.

The TPP’s investment chapter looks pretty much like most every other investment chapter signed recently by the United States.  It is intended to set high standards for the protection of foreign investors by prohibiting governments from favouring their own nationals, or taking measures that significantly curb returns on investment, or that deny investors ‘fair and equitable treatment,’ an omnibus standard of protection that is continually evolving and expanding.  On the other hand, the TPP text is, in regard to some matters, an improvement over previous texts like the one in NAFTA.  Disciplines are refined, even curbed in some places.  It is not enough, for instance, for an investor to claim that a government has taken action that is ‘inconsistent with an investor’s expectations,’ a ground that tribunals increasingly rely upon – though it has been entirely made up by them – in finding against states.  Yet this still might be sufficient to justify an award of damages.  There is an interpretive clause that declares that parties to the TPP are entitled to take measures ‘sensitive to environmental, health or other regulatory objectives.’  Though welcome, it hardly limits the power of investment lawyers and tribunals.

One of the principal problems with the new regime of investor rights is that it confers on an elite corps of lawyers – specialists in international trade law and investment law – enormous discretion.  As the regime’s enforcers, investment tribunals have an immense amount of room to manouevre in determining whether governments have run afoul of treaty text.  Take, for example, the recent tribunal decision in Bilcon which found the Government of Canada liable of having acted ‘arbitrarily’ for following the advice of an independent environmental review panel’s advice concerning the construction of a rock quarry and ferry terminal on sensitive shoreline of the Bay of Fundy.  The panel recommended that the project not be authorized because of adverse environmental effects.  The investment tribunal was of the view that the panel acted beyond its authority and that, moreover, the project should have received less environmental scrutiny, as had earlier approved projects in Nova Scotia.  The investment tribunal’s findings of fact and law are entirely dubious.  Indeed, a dissenting tribunal member declared that the majority opinion was disconnected from both Canadian law and international legal standards.  It would, moreover, cast a chill on future environmental review.

So long as interpretation of this broad set of rights are left to a cadre of business lawyers – it is a highly lucrative field for the lawyerly set – this new legal regime is difficult to defend.  As we go about engaging in a national conversation about ISDS, we should hear less from lawyers in this field, who have an interest in the maintenance and expansion of the regime, and more from folks working within the relevant policy domains that may be affected by investor rights – those working in the environment, health, and social policy fields.  We should be informed about the relationship, if any, between signing these agreements and attracting new inward investment, a matter that is in some doubt.  There is even the question of whether foreign investors are well served by this legal order and whether there might be some other, less costly and more efficient, way of addressing their concerns.

Investment lawyers and arbitrators argue there is no debate to be had, it is just common sense to sign these things.  It is time, instead, for Canadians to think about whether this new legal order makes any sense at all.

David Schneiderman is a professor in the Faculty of Law, University of Toronto. He is the author of Red, White, and Kind of Blue? The Conservatives and the Americanization of Canadian Constitutional Culture.