25,000 Syrian Refugees are at our Doorstep: Opportunity Knocks 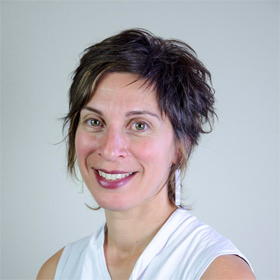 As Canada prepares to bring 25,000 Syrian refugees to the country, many have asked how this announcement is being received by the anti-poverty community.

You might think that this question is based on concerns for the quality of life for refugees once they arrive, but instead it seems to be more about an issue of “fairness” for those who are already marginalized within our own borders.

There is an implicit assumption behind these concerns: that the 25,000 refugees will receive ‘special treatment’ through government supports with respect to housing and income – while almost 5 million people living in poverty who are already in Canada are clearly not receiving the government support and programs they need. After all, almost 900,000 people in Canada use food banks each month; 235,000 are homeless annually; Indigenous households in the North are living in overcrowded housing, sleeping in shifts; and 2 million people are working in precarious paid employment but cannot earn enough to make ends meet.

The problem with the question is that it pits Syrian refugees against people living in poverty in Canada, as if responding to one crisis implies we must ignore the other. In fact, the opposite is true. By committing to assist refugees the government will be given an opportunity to solve poverty within our borders as well. In fact, this may well be the single best opportunity to understand that poverty and its manifestations in Canada can be solved.

When a country harbours 25,000 destitute people fleeing the ravages of war, it forces a relevant conversation: where will these individuals and families be housed in the short and long term? How will they afford food and other daily expenses? Will they be allowed to work or receive social assistance? Will child-care spaces be available to them so that they can learn English or French where necessary or maintain employment?

Forced to tackle these questions, policy makers will have no choice but to recognize what’s missing in terms of programs, policies and vision in this country. For example, unlike many parts of Europe – Germany and Sweden come to mind – the Government of Canada won’t be able to tap into a National Housing Strategy to respond to an increase in demand for affordable housing – because we don’t have such a strategy to help us secure the right to housing for those in need. Already, it’s clear that the Government hasn’t suggested that any refugees be placed in social housing. Why? Because we don’t have a single available unit, with wait lists running up to 12 years for some types of accommodation in major cities.

When the government attempts to determine what income support programs can be relied upon to ensure that Syrian refugees have an adequate income, they will be hard pressed to find one. Across the country, provincial welfare schemes are almost uniformly set to ensure people live up to 50% below any established poverty line in the country.

And when officials want to ensure that no Syrian refugee will go hungry, they will find they have no national food policy to draw on, because we don’t have one of those either. Instead, newly arrived refugees will have to rely on grassroots efforts by faith based groups and communities to keep food on the table.

Of course the Government of Canada has every reason, including a moral obligation, to design housing, income support and other social programs that adequately address the needs of Syrian refugees. Such programs would not only ensure refugees have access to basic needs and good opportunities, but they could become the foundation for a much stronger social safety net in Canada, which is sorely lacking.

The fact is that providing the economic and social supports necessary for the wellbeing of refugees will demonstrate that what previous governments have called impossible is – in fact – within our reach. Ending poverty is an achievable feat when political will, comprehensive policy making and adequate resources are applied in unison. And in recognizing the government’s recent commitment to a national poverty strategy, we have every faith that this government is up for the challenge. If this government can do it for 25,000 refugees, it can do it for all of the other people suffering social and economic disadvantage in Canada.

As the Hon. Mr. Duclos, Minister responsible for families, children and social development, begins to create Canada’s first-ever national poverty reduction strategy, we are hopeful that he too believes that if it’s possible for refugees, it’s possible for Canada.

Poverty is not a necessary condition. The arrival of thousands of refugees should not only spark changes to social policy, it can assist in the development of a new anti-poverty plan. Promoting inclusion and a stronger social safety net are not only calls to assist refugees, they are part of a larger cry to ensure no person in this country gets left behind.