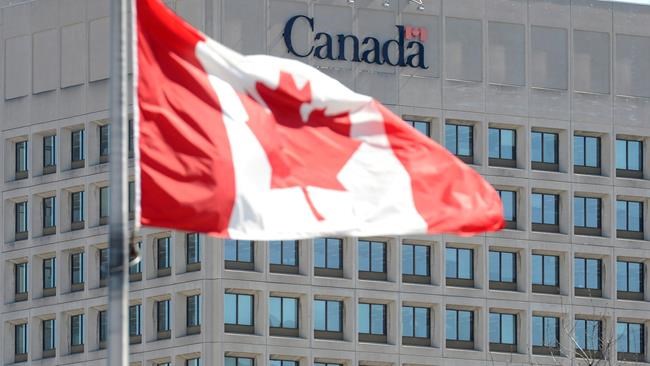 OTTAWA — A round of fingerpointing followed the release Tuesday of a new report that sampled the former Conservative government's planned military purchases and found two-thirds of them are behind schedule.

A former top defence official said the only way to straighten out the open-ended political and bureaucratic train wreck is with major action.

"The key is to dramatically streamline the process while simultaneously heightening accountability by placing one minister in charge of defence procurement," Alan Williams said in responding to the report released by the Global Affairs Institute and the University of Calgary.

The 73-page study shows 63 per cent of 59 projects listed in the Conservative government's often-hyped defence acquisition guide have slipped from their anticipated timelines. Thirty-four per cent are on schedule and three per cent are early.

Navy supply ships, fixed-wing search and rescue planes and armoured patrol vehicles are among the significant delays. The acquisition guide was supposed to bring predictability to the procurement process by listing hundreds of defence items — big and small — that the government planned to buy in the coming decade.

The delays will inevitably lead to higher costs for the projects as well as unspent budget allocations.

Part of the problem over the last year was the revolving door in the defence minister's office — and among the senior bureaucracy. The extraordinarily long election campaign also meant plans to buy urgently needed aircraft, ships and armoured vehicles were left in holding patterns.

"It just wrote off a serious chunk of time," said Dave Perry, who wrote the study.

The Conservatives made the bottleneck worse by holding back decisions on some key projects in order to have political window-dressing for the run-up to last summer's election call, Perry added.

"There were suspiciously a large number of decisions that did not happen until May or June," he said.

Perry says the election itself saw the Defence and Public Works bureaucracy almost grind to a halt where signing authority on low-risk, low-dollar routine matters had to be approved at the highest levels.

Perry says the defence minister's office had three occupants last year, which meant each of the politicians had to be brought up to speed.

"I can't imagine that calendar year 2015 is going to be anything other than a very bad year for defence procurement," Perry said in an interview. "You had the election and this huge turnover and it's going to amount to another significant chunk of lost time."

If the country is faced with similar, long election cycles in the future, Perry says something has to change.

"That system, if you're going to have three-month elections, is kinda nuts," he said. "In the end, Canada still needs to be able to function, even when there's a transition in government."

Conservative MP James Bezan, who was parliamentary secretary to the defence minister until the election, defended the Conservative record, saying they introduced accountability. He also laid some of the blame on bureaucrats and the way they calculate projects.

"Our government took steps towards enabling greater scrutiny and oversight of project requirements earlier in the procurement process, however the Treasury Board guidelines related to life cycle costing has made military procurement an extremely complex political decision," Bezan said.

His comment is a veiled reference to the politically scorching debate over the F-35, in which the Harper government was accused of fudging the numbers in a bid to buy the stealth fighter.

He also noted some successful procurements, including C-130 transports, C-17 Globemasters and new tanks — all of which were sole-sourced.

National Defence issued a statement on Tuesday, acknowledging delays but highlighting achievements, including the delivery of CH-147F Chinook helicopters and modernized frigates.

"While we routinely and successfully acquire the best available equipment for the (Canadian Armed Forces), we would be remiss if we didn't acknowledge the inherent complexity of major procurements," spokesman Dan Le Bouthillier said in an email.

"Though we can certainly confirm that military procurement is a complicated process which we continually strive to improve and streamline, we can also tell Canadians that our members have the equipment needed to accomplish their missions proudly, effectively and safely.