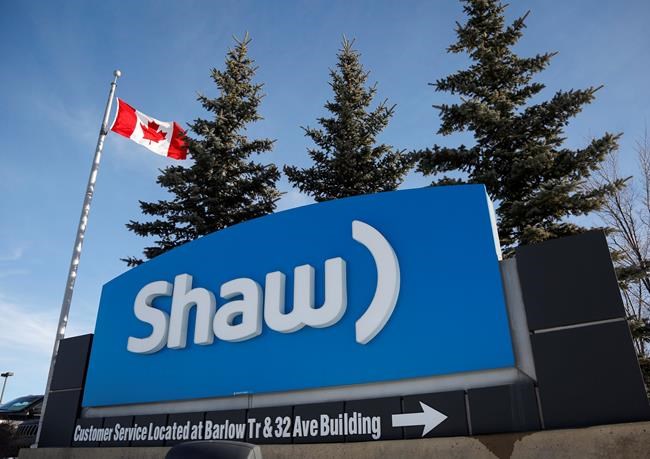 TORONTO — Shaw Communications Inc. has launched a new mobile TV app, the latest in a series of moves by the cable company to diversify its business as consumers cut the cord and opt for Internet-based services such as Netflix.

For much of the last decade Shaw (TSX:SJR.B) was the odd one out among Canada's big telecom providers, focusing on cable TV and Internet while  competitors added nationwide wireless networks and diversified into content and business services.

Yet the Calgary-based company has changed course in recent years, building a broad Wi-Fi network across its footprint in Alberta and British Columbia, buying American datacentre provider ViaWest in 2014 and last month announcing its plan to buy upstart wireless carrier Wind Mobile.

Chief operating officer Jay Mehr says Shaw is looking to be more relevant in 10 years than it is today, and its new, cloud-based FreeRange TV mobile app is a key part of moving towards a future where content is accessible anywhere.

"We want to deliver a ubiquitous network," he said. "We want to provide our customers with whatever services they want in the way that they want."

FreeRangeTV, which is free for Shaw's 2.6 million cable TV and video subscribers, is built on a platform licensed from Comcast Corp. that allows users to watch all of the channels in their package live, as well as stream and download on-demand content from Shaw's library.

Shaw has already partnered with Rogers Communications on Shomi, a streaming app that includes a large library of movies and TV shows but does not include live channels.

While FreeRangeTV is debuting first on mobile, Mehr said the plan is to bring it to set-top boxes and provide access via the web by the end of the year.

Macquarie analyst Greg MacDonald said Shaw (TSX:SJR.B) needed to catch up with Rogers Communications Inc. (TSX:RCI.B), BCE Inc. (TSX:BCE) and Telus Corp. (TSX:T) and offer the full slate of bundled services — wireless, television, home phone and Internet — in order to hold on to its customer base in the face of increasing competition.

But MacDonald said that in the long term all of the major telecom providers will become simply Internet access providers as traditional TV subscriptions give way to streaming services such as Netflix, Shomi, and Bell's CraveTV and more communication takes place on services such as Skype and Facetime.

Shaw has been shedding TV customers, and in 2015 lost its crown as the biggest TV provider in Canada when Bell surpassed its total subscriber count.

The company said in its most recent annual report that it lost nearly 140,000 residential cable and satellite TV subscribers in the year ended Aug. 31, while adding 12,500 Internet subscribers.

"The reality is, longer term, television services and the like will probably continue to be a legacy product and wane, but broadband will continue to grow because the demand for data is significant," MacDonald said.

He said purpose-built applications designed by technology companies and delivered to a variety of devices via the Internet are usually better and more user-friendly that the legacy options provided by the telecom companies.

"Fortunately for these carriers, the business of providing broadband is way more lucrative," MacDonald said.