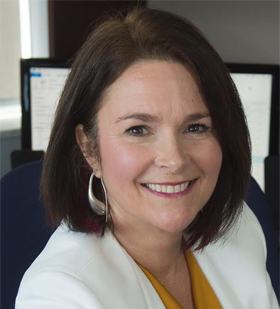 Shortly after the federal election I joined over 300 health professionals and academics in signing an urgent open-letter to Prime Minister Trudeau. Canada’s Nurses were proud to join this call for federal leadership in pharmaceutical coverage with the hope that a new government would redress the costly neglect of the past decade. This week the country’s health ministers gather in Vancouver and the outcome of that meeting will signal the direction of health care for the next generation, including answering tough questions regarding drug coverage.

Momentum has been building for years towards a universal prescription drug plan for Canada. As costs increase, access decreases and Canadians continue to age, the pressure on provincial government budgets has become critical. Provinces have been collaborating over the past 5 years, attempting to reduce drug costs, but they need federal involvement to truly make a difference. What a difference could be made by choosing a national drug program over the patchwork system we currently have. As much as 11 billion dollars every year could be saved; no other program can boast that level of economic efficiency. And if anyone claims it can’t be done, every other advanced country except the United States has pharmaceutical coverage for their citizens and saves billions over the inflated prices Canadians and Americans pay.

Why should a Canadian senior pay over $800 per year to lower cholesterol with Lipitor when someone in New Zealand pays $15 for the same medication? In a recent report, Pharmacare 2020 notes this level of price gouging and states that overall Canadians pay, “nearly double (79% higher than) the median prices found in other OECD countries and more than four times (445%) higher than the best available prices.” This is a program we can’t afford not to have.

But to put in this program in motion, citing the evidence is not enough. It will take political will and public pressure. What occurs at the health ministers meeting this week will be the prelude to a meeting between the Prime Minister and Premiers where a new health accord will be negotiated. Canadians cannot continue to quietly pay these outrageous prices for drugs while we cut spending in other areas of health care. Will our ministers take up the challenges represented by our aging population, spiraling drug costs and an increasingly fragmented system and commit to pharmacare, or will they stay on the current path, fiddling around the edges, without confronting the real issues?

Canada’s Nurses are making a strong push for a bold vision on prescription drugs and health care as we monitor the negotiations and meet with health ministers next week. We are working with health care stakeholders across the country to develop common positions in advance of the health accord negotiations. One unanimous position held by all stakeholders has been demands for universal prescription drug coverage, and we will be sending that message to ministers.

Catastrophic coverage fails on most levels compared to a universal drug plan and in the longer term blocks meaningful reform while burdening the most vulnerable with essentially a tax on their illness. In addition, employers’ costs would also increase. The answer to dealing with increasing costs and decreasing access (fully 1 out of 10 Canadians cannot afford prescribed medicines) is not a system that leaves prices high and only kicks in when people are in crisis. Only a full prescription drug program can secure a system that is able to negotiate lower costs, increase efficiency, ensure access and coordinate appropriate use. Not moving forward on a national prescription drug plan would be a profound lost opportunity. Let’s ensure we don’t look back with regret but rather celebrate a bold initiative that leads to real change for all Canadians. Now is the time to commit to national prescription drug coverage in Canada.

Linda Silas is President of the Canadian Federation of Nurses Unions.