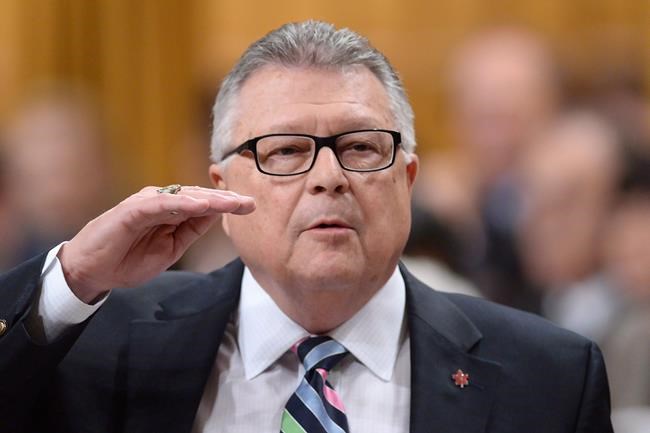 OTTAWA — The Trudeau Liberals will review controversial directives enacted by the Harper government that allow for the sharing of information even when it might lead to torture, says the public safety minister.

The "troubling set of issues" raised by the foreign information-sharing policy "will be raised in the course of our consultations" on the overall national security direction of the new government, Ralph Goodale said in a recent interview with The Canadian Press.

The news follows pressure from human-rights and privacy advocates to conduct a wide-ranging examination of security policies introduced by the Conservatives, whisked from office in the October election.

The federal policy on foreign information-sharing has been roundly criticized for effectively condoning the torture of people in overseas prisons, contrary to international law and Canada's United Nations commitments.

A four-page 2010 framework document, released under the Access to Information Act, says when there is a "substantial risk" that sending information to, or soliciting information from, a foreign agency would result in torture — and it is unclear whether the risk can be managed through assurances or other means — the matter should be referred to the responsible deputy minister or agency head.

In deciding what to do, the agency head will consider factors including the threat to Canada's national security and the nature and imminence of the threat; the status of Canada's relationship with — and the human rights record of — the foreign agency; and the rationale for believing that sharing the information would lead to torture.

Critics say when there is a serious risk of torture, there should be no sharing — period.

"That's a very troubling set of issues," Goodale said, adding the government intends to develop a response "that reflects what Canadians want."

"We'll be listening very carefully for the messages from Canadians on that subject."

Goodale said the Liberal government is open to a general rethinking of national security legislation, not just a few changes the party has promised to the omnibus bill known as C-51.

The government plans to give Canadians their say before deciding what changes to make.