Sajjan shrugs off concerns about Canadian-trained Kurdish soldiers in Iraq 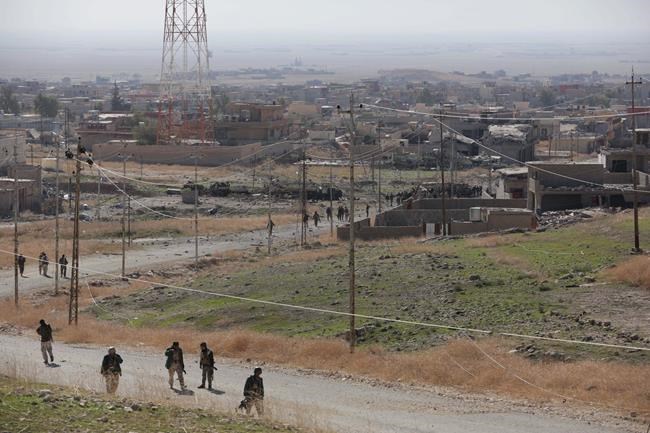 Defence Minister Harjit Sajjan is rejecting calls for stricter supervision of the military training mission in Iraq, saying the standard course on the laws of war will be enough to keep Kurdish fighters from committing barbaric acts in the heat of battle.

"Every single course in the Canadian Armed Forces, regardless what rank level you go up to, always starts with ethics and values and that is the same level and standard we apply when we do our training," he said.

Amnesty International, however, disagrees and is calling on the new Liberal government to build safeguards into the soon-to-be-beefed up training mission to prevent Canada being dragged into the same kind of human-rights controversies that dogged the Afghan war.

The Trudeau government should investigate whether any units it has already trained have been involved in the reported bulldozing and burning of Arab villages, said Alex Neve, Amnesty's executive director in Ottawa.

The group's international branch released a report last week that accused Kurdish forces of wrecking 13 villages and towns suspected of collaborating with the Islamic State of Iraq and the Levant.

Sajjan said his officials have read the report, and after talking with Canadian troops on the ground, he was "reassured" that the training has been effective.

But Neve says last week's report demonstrates that "more attention needs to be paid to human rights training and there needs to be follow-though and oversight to that training to ensure that forces trained by the Canadian military are not committing abuses."

The debate was sparked by a secret "Canadian Eyes Only" intelligence analysis by Transport Canada that looked at the Kurdish peshmerga, whom Canadian special forces operators have been instructing since late 2014.

The report warns there are some factions of the militia group that are designated as terrorist entities under federal law. It focuses on the separate issue of Canadian volunteers who've gone to fight alongside the Kurds.

"Any Canadians claiming to have links to organizations such as the People's Worker Party (PKK) are likely to become the subject of Canada's anti-terror legislation," says the report to the department, one of many federal agencies with a security assessment branch.

Neve said it raises critical questions that no one has been asking about who is being supported by the West and what sort of human rights expectations are being placed on them.

"I think the information the government has in front of it makes it clear there are serious concerns."

The intelligence analysis, dated Nov. 28, 2014, and obtained by The Canadian Press under the Access to Information Act, parses the various branches and factions of the peshmerga, which make up almost 60 per cent of Kurdish security forces in the region.

One of the factions is the People's Worker Party, or PKK, which is designated as a terrorist entity under Canadian law. Turkey, a NATO ally, takes a particularly hard line on the PKK, and recently threatened to boycott United Nations-backed peace talks on Syria if a political group associated with the PKK was at the table.

It is unclear how many Canadians — if any — are fighting with the PKK, or another faction known as the People's Protection Units, or YPG, but there have been several published reports of it happening since the war heated up in the summer of 2014.

The YPG, which came to international attention during the siege of Kobani, has not been deemed a terrorist group.