Millennials have brought about a social and economic shifting of gears 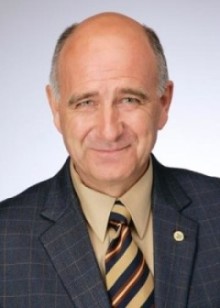 Barack Obama was elected on the eve of a generational sea change in politics and government.  Justin Trudeau, on the other hand, is riding its crest.  The American president’s agenda eventually came up against an angry partisan opposition, remaining somewhat unfulfilled.  The new Canadian prime minister’s policies have yet to sail through choppy waters.

When the two leaders summited in Washington D.C. last week, there was the unmistakable sense that something new was brewing and that the brief moment in the sun between Obama’s retirement and Trudeau’s arrival was a kind of passing of the torch.  But behind each of these men emerged a new social and political force that will make our tomorrow, for better or worse, unlike our present age of democratic underperformance.

For the first time, the abiding and somewhat lackluster political imagination of the Baby Boomers is formidably matched by the Millennial generation – those born from the mid-1980s onwards.  We should have noted by now that the key trait of this new political reality is decidedly progressive.  Like Trudeau and Obama they view the public estate through a centre to centre-left lens.  How else can we explain the massive success of Bernie Sanders with young voters in the American primaries, or Trudeau’s enlistment of over two million new or re-engaged voters in the past federal election?  Things are not only changing in both countries, but are transformational in their effect.

Naturally there are many of the younger generation that ascribe to the conservative agenda, but they are the exception, not the rule.  Everything else among the Millennials is about a social and economic shifting of gears – the mobilization of the public spirit.

This new force demands transparency over backroom deals, authenticity over authority, social inclusion over historic stereotypes and practices.  And unlike their predecessors, who systematically tolerated, even promoted, the shrinking and paucity of the public estate, the Millennials envision a strategic place for government in their collective future.  In their own way they are angry, frustrated that nations that produce more wealth than at any other time in their history would permit so much of it to be frittered away in the pursuit and practice of a narrowing capitalism.

What else should we expect?  They face stiffer unemployment than their predecessors, are saddled with unacceptably high student loans, and have watched their wages either stagnate or shrink.  They largely played by the rules, went to university or colleges in record numbers in order to secure well-paying jobs to secure their future – the same pattern their parents had employed and enjoyed.  Except it didn’t work out for them, or for their respective countries. 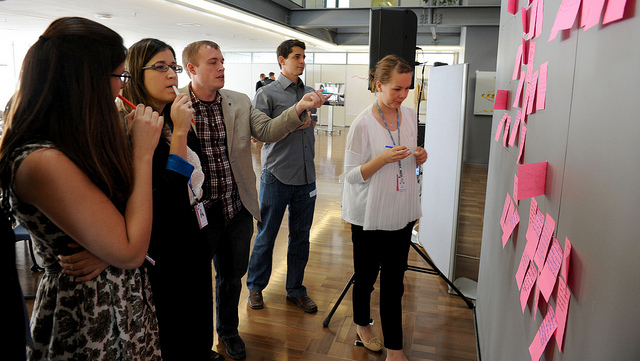 And so they are playing the hand they have been dealt, pressing for environmental renewal, for capitalism with a heart, for a politics that actually includes constituents, and governments that reflect their diverse communities.  They shake their heads at a political architecture that still can’t work out wage parity between men and women.  They reflect in wonder how countries so resourced and rich can tolerate yawning gaps between the rich and the poor.  And they double-down in anger over a political class that has stood by and watched as dignity has been stripped out of hard work.

This new political force has now arrived – revolutionaries, not reactionaries.  They want meaning and inclusiveness and they expect their politics and governments to fight for both.  They aren’t so much a volatile force as a moral one, and they have the scars to prove it.  They are no longer the future we frequently patronize, but the living, breathing present we must now accommodate.

Only months prior to his assassination, Bobby Kennedy made a remarkable observation while addressing a crowd, one that perfectly challenged his generation:

“The future is not a gift; it is an achievement.”

Fewer observations capture what’s going on right now in politics.  Gone are the days when by simply by following a time-honoured agenda that the wealth and individual choices of the future would simply unfold for us.  We are living in an era where we must fight back to reclaim the public space, where we get out to vote to change politics itself, and where we link money with meaning again.  This is the era which gave us Obama and which propels Justin Trudeau.  The recent meetings of the leaders in Washington weren’t so much about the affability of their relationship as this new reality of sacrifice in politics that put them in their lofty positions in the first place.

Far from just electing change, this new generation wants to jointly build it.

Glen Pearson was a career professional firefighter and is a former Member of Parliament from southwestern Ontario.  Glen is a father of seven, including three children adopted from South Sudan.  He and his wife live in London, Ontario.  He has been the co-director of the London Food Bank for 29 years.  He writes regularly for the London Free Press and also shares his views on a blog entitled The Parallel Parliament.