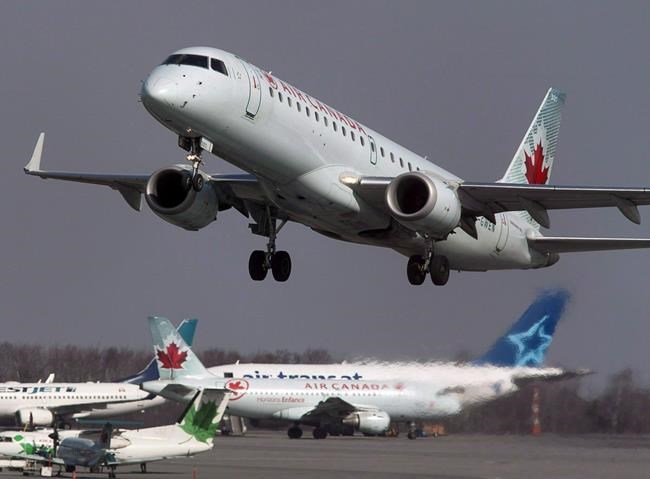 OTTAWA — The Canadian Human Rights Tribunal is investigating whether the country's largest airline discriminated against an Arab-Canadian man through overzealous use of U.S. aviation security lists.

The investigation of Air Canada's refusal to let him board a plane comes amid controversy about dozens of Canadian youngsters facing airport delays over security list mixups and high-level efforts by the federal government to resolve the problems in Washington.

The court-like human rights tribunal will determine whether the airline discriminated against the Syrian-Canadian man on grounds of race, national or ethnic origin, or his Muslim religion by denying him service, and whether its reliance on the American lists amounted to a discriminatory practice.

Paul Champ, the man's lawyer, provided The Canadian Press with evidence compiled in the case to date on condition his client's identity not be revealed at this time. Having said this, the southwestern Ontario man's name will become public once tribunal hearings begin.

The man took his case to the Canadian Human Rights Commission, the first, confidential step in registering a complaint under Canadian human rights law, which applies to airlines and other federally regulated businesses.

It all began in July 2011 when, after a lengthy wait at the Air Canada check-in counter at the London, Ont., airport, the man was told he would not be permitted to board his flight to Vancouver — with a connection in Toronto — because he was on the 'U.S. No-fly list,' says a February 2014 rights commission report based on a preliminary inquiry.

Air Canada told the inquiry it does not profile passengers in a discriminatory way.

The airline said that during the period in question, when a passenger arrived to check in it would run the name against Canada's no-fly list and, because many of its flights overfly the United States, it was also required to apply the U.S. No Fly list and the U.S. Selectee list, a roster of people who may be allowed to board but are carefully scrutinized at airports.

Air Canada insisted that U.S. law demanded these checks until March 2012, when an exemption kicked in.

It said the man's flight from Toronto to Vancouver would have gone through American airspace. In addition, he was barred from flying even the initial London, Ont., to Toronto leg because the plane would have been forced to land at an airport in the United States in the event of emergency.

Finally, Air Canada said it was unlikely the man was informed he was on the U.S. No Fly list, as information on the check-in agent's screen in such cases discloses only the acronym DHP, or deemed high profile.

James Libovicz, the U.S. Transportation Security Administration representative to Canada, told the commission that Canadian domestic flights had been exempt from the U.S. security lists since October 2008.

The commission concluded that in 2011, when the man was denied boarding, there was no need to apply the U.S. Selectee or No Fly lists to a Canadian domestic flight, even if it overflew the United States or if the flight had a U.S. airport as an emergency landing spot.

"The evidence gathered indicates that there is no legislative requirement for (Air Canada) to use the U.S. security lists when screening passengers for domestic flights at check-in," says the February 2014 report.

Since the airline "has not provided a reasonable explanation," the case should be referred to the tribunal, the commission report adds.

Hearings will take place this year or in 2017, Champ said.

"The bigger picture here with these no-fly lists is they're so opaque, no individual can know what the rules are, and when you see this report, it seems fairly clear that the airlines don't even understand what the rules are," he said.

Air Canada cannot comment on the case because it is before the tribunal, said Peter Fitzpatrick, an airline spokesman. In addition, as a general policy, Air Canada does not discuss security processes, he said.

Earlier this month, Canada and the U.S. agreed to form a Redress Working Group to help resolve errors of identity on no-fly lists. Canada said the new arrangements would help expedite processing of complaints and streamline security-list removal procedures.

The two countries will also routinely share their respective no-fly lists as part of a joint effort to identify threats.