Canada not at war with ISIL, say Trudeau and Dion following Brussels attacks 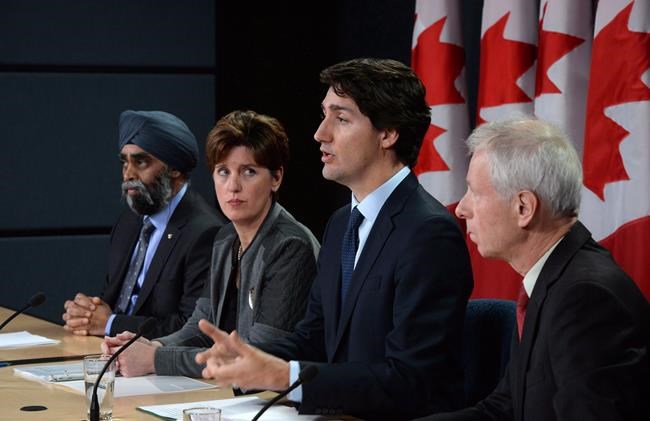 OTTAWA — The Liberal government says Canada is not at war with Islamic militants — a view not shared by ally France.

Prime Minister Justin Trudeau and Foreign Affairs Minister Stephane Dion rejected the "at war" label just one day after the bombings in Brussels that killed more than 30 people and injured 270.

"We are at war," said Valls. "We have been subjected for the last few months in Europe to acts of war." Added Hollande: "This war will be long."

The bombings in Brussels came four months after the attacks in Paris that left 130 dead.

The militant group known as the Islamic State of Iraq and the Levant has claimed responsibility for both incidents.

Trudeau, who made his comments during a CBC Radio interview, and Dion — speaking Wednesday in the House of Commons foyer — both said the conflict with ISIL does not fit the true definition of war.

"A war is something that can be won by one side or the other and there is no path for ISIL to actually win against the West," Trudeau said.

"They want to destabilize, they want to strike fear. They need to be stamped out."

Dion suggested the notion of labelling the fight against extremists as an actual war might simply be outdated.

"If you use the terminology 'war,' in international law it will mean two armies with respecting rules and it's not the case at all," Dion said.

"You have terrorist groups that respect nothing. So we prefer to say that it's a fight."

A fight, Dion added, that the West is determined to win. "Each of the attacks will only strengthen our resolve."

Last month, Canada withdrew its fighter jets from the American-led coalition that is bombing ISIL in Iraq and Syria.

"That's why our new mission, which is much more focused on empowering locals on the ground on a military level, on a humanitarian level, on a refugee level, is going to be an extraordinarily strong piece of the coalition's fight against ISIL," Trudeau said.