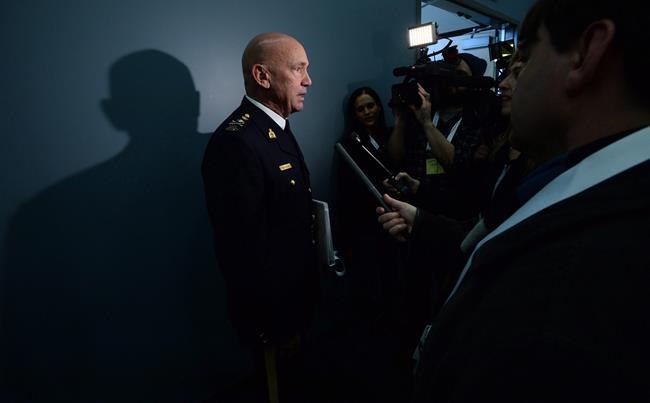 RCMP Commissioner Bob Paulson advised Steven Blaney, public safety minister at the time, that the problems had taken up a great deal of time and energy since he took the helm of the national police force three-and-a-half years earlier.

"I am pleased to report that we have worked hard to understand the challenges, implement measures to improve our culture, and establish a system in which destructive or discriminatory behaviours are not tolerated," says Paulson's May letter, released under the Access to Information Act.

The Mounties followed up in September with a detailed progress report that concluded a "culture of respect has been woven into the RCMP" as a result of the various efforts on everything from recruitment and training to promotion and retention of staff, the access records show.

Goodale, who assumed the post in November following the Liberal election victory, demanded a plan to end "toxic workplace behaviour" after CBC News reported accusations of unwanted sexual touching, bullying and wanton nudity at the explosives training unit of the Canadian Police College in Ottawa.

In recent years, the RCMP has been shaken by complaints from women and men of harassment and bullying. A new law has streamlined the process for addressing conflict, giving supervisors more power to deal with disputes promptly, but some critics fear that has opened the door to abuses.

The letter to Blaney and the September progress report both paint a rosy picture of the RCMP's overall efforts to rid the force of oppressive behaviour and discrimination, based on 36 steps outlined in a 2013 plan.

In 2014, the RCMP received 120 complaints of workplace harassment, the second-lowest number since 2005 — progress due in part to use of informal conflict resolution, Paulson's letter says.

Of these, 30 were deemed to be founded, representing just 0.1 per cent of RCMP employees, he writes. In addition, of all the harassment complaints made between February 2005 and October 2014, three per cent were related to alleged sexual wrongdoing, Paulson adds. "The numbers are low and decreasing with time."

— A mandatory online "respectful workplace" course that focuses on building the skills and understanding needed to prevent inappropriate behaviour;

— Establishment of local employee advisory committees to provide an unfiltered forum for discussion between senior management and staff on topics such as staffing, labour relations, diversity and improving communication;

In a foreword to the report, Paulson notes that a 2014 public service survey showed 80 per cent of RCMP employees believed the force was respectful, up from 76 per cent in 2011, while 78 per cent felt the police force respected individual differences, an increase from 67 per cent three years earlier.

"These results suggest that our focus should now shift towards a broader suite of tools and responsibilities to promote organizational health and inclusiveness," he writes.

For instance, the report says in a section called 2016 and Beyond, the RCMP recently launched a mental-health strategy and will soon be audited for compliance with the Official Languages Act. "We must continue to promote and maintain a diverse, inclusive and respectful workplace culture that promotes employee well-being."