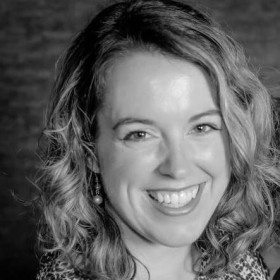 Attendees at February’s Manning Centre convention in Ottawa were treated to a scene of considerable hand-wringing by potential Conservative party leadership candidates over the need to attract young people to the conservative cause.

New data on youth voting numbers certainly justifies the stress. Based on the trends, Conservative leadership candidates will need to put forward concrete ideas squarely aimed at engaging young Canadians to avoid pain at the polls in 2019 and beyond.

The ‘awakening’: Why the youth vote exploded in 2015 — and what it means
Canada’s largest age-cohort voted overwhelmingly against Stephen Harper in favour of Trudeau’s sunnier ways in the last election. The Liberals won 45 per cent of voters between the ages of 18-29 in 2015, dwarfing the Conservatives — who took 20 per cent.

Put plainly, only one in five young people voted Conservative on October 19 — despite a twelve point increase in youth voter turnout from 2011. By comparison, the 2011 election saw the Tories win 33 per cent of millennial voters. Couple this with abysmal projections for future Tory support (young people are more willing to vote NDP or Green before considering the Conservatives) and the future for Conservatives in Canada looks pretty bleak.

Pointing out the need to attract more young people to the Conservative party isn’t meant to dismiss the young people who already are part of the CPC’s fabric. While in government, the Tories put a number of assertive young minds in key positions — and those people shaped Canadian public policy on everything from reducing interprovincial trade barriers to the campaign pledge on parental benefit reforms.

Still, the Conservative party is not seen as the natural home of young voters; that’s not really up for debate. There isn’t a silent majority of Thatcher-worshipping young Canadians out there that we have yet to reach. We won’t win over all young people — but we certainly can be more competitive.

So, what can be done about it?

Policies are important, but they’re not the only things that can attract young people to the CPC. Small-c conservative ideology, with its emphasis on economic freedom, should be a natural cousin to the entrepreneurial spirit that has given rise to Uber and AirBnB. A political party in favour of less government interference should have a stronger voice at a time when distrust of politicians is higher than ever.

These are sound ideas — but they fall on deaf ears if they’re not communicated well. Elections are rarely won on policy, and Tories would be foolish to rely on policy alone to attract young voters.

Conservatives struggle with an optics problem — of being the party of ‘no’, out of touch with the times, stuck with our heads in the sand on issues like climate change and electoral reform. Like it or not, we’re seen to have social conservatives lurking in the shadows, waiting to take away equal marriage or a women’s right to choose. Tories are rarely associated with hope and aspiration — both qualities that are boundless in millennial Canadians, and major motivators for those who voted Liberal in 2015.

Looking at the Liberal playbook, opening up CPC membership might not be a bad option for the Tories. Engaging young people in leadership politics as supporters, rather than asking them to commit to a membership, may be a more attractive proposal for youth. The Liberals are now proposing the complete elimination of membership and the “political class” barriers that accompany it. Tories appear to be moving in the opposite direction by raising their own membership fee to $25.00. I would suggest that this is the wrong message for the Tories to send — optically, at least.

Another idea from the Liberals’ winning strategy: The Conservatives should consider forming a federal youth wing. This idea almost always results in a wave of eye-rolling among Conservative party stalwarts, who inevitably say that young people should engage with the party like any other members.

While those who compare youth wings to ‘sandboxes’ aren’t entirely wrong, I think they’re taking a short-sighted view. Pointing to young Tories who’ve done well in the absence of a youth wing isn’t a program for attracting young voters to the party. It also hasn’t earned us support from millennial voters. Outside of ideological hang-ups, Tories should ask themselves why they object to a youth wing. What’s the harm in having one?

A modern political party needs to communicate with millennials in a relatable way, on issues that matter to them. The Trudeau Liberals are masters at this. In 2015, the Liberals put forward policies aimed squarely at young people: a Youth Employment Strategy with more resources, the creation of a Youth Advisory Council and — most notably — legalizing marijuana (it’s worth mentioning the latter policy came from the Liberal’s youth wing).

Finally, it may be time to consider a big-C Conservative rebrand. When Canadians were asked what first comes to mind when thinking of the Conservative party, common adjectives included “boring”, “outdated” and “old”. Perhaps more troubling is the fact that many Canadians don’t have any associations with the name at all. It may be time to put a name change on the table.

Engaging youth wasn’t an afterthought for the Liberals — it was at the core of the party’s appeal to Canadians. At such a critical juncture for the Conservative Party of Canada, and with a leadership election on the horizon, candidates should put forward a vision for the party’s identity that can reach beyond our existing cohort of voters and look to bring new ones — especially young Canadians — into the Big Blue Tent.

Kate Harrison is a Consultant at Summa Strategies Canada, a government relations and public affairs firm in Ottawa. She is a former CPC staffer and occasional conservative pundit. Kate is a member of both the federal Conservative and Ontario Progressive Conservative parties, and a previous executive member of the provincial PC’s youth wing.