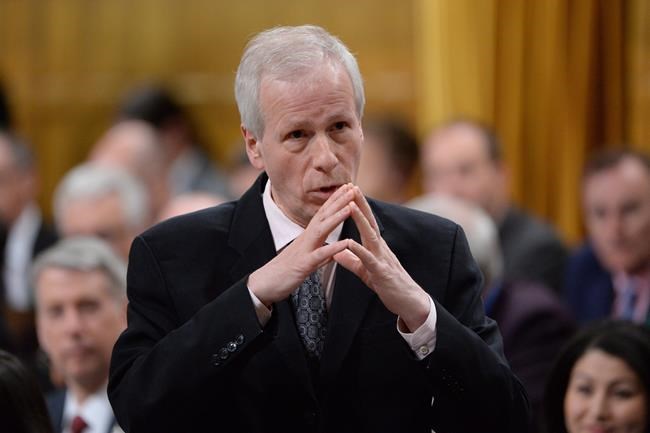 OTTAWA — The Liberals are facing calls to reopen a new peacekeeping training centre three years after the demise of Canada's former school, The Canadian Press has learned.

The new centre would be located in Kingston, Ont., near the Canadian Forces base and military college, but would be a civilian-led operation, essentially a revitalization of the Pearson Centre, which was shuttered in 2013.

The proposal comes from the Canadian non-governmental organization Canadem, a contractor that has established a reputation for staffing United Nations missions with civilian experts in security reform, election monitoring and building democratic institutions.

One of the Liberal government's major foreign policy planks is to return the country to UN peacekeeping missions after Canada's contribution dwindled to an all-time low of a few dozen.

Prime Minister Justin Trudeau told a UN audience recently that Canada would be recommitting itself to peacekeeping as part of its bid to win a temporary seat on the world body's Security Council in 2020.

But the capacity of Canada's military to conduct peacekeeping operations has largely disappeared after a decade of war-fighting in Afghanistan, a recent report suggests, amplifying the need for a new training centre.

"Many of the senior command recognize their need to re-invigorate their training for UN peace operations and recognize the advantages of drawing upon civilian trainers," said Paul LaRose-Edwards, Canadem's executive director.

LaRose-Edwards said his agency maintains a list of experts who can fill that void.

"We've got thousands of individuals on our roster who are out in the field with current knowledge of UN and UN field operations."

The Pearson Centre in Cornwallis, N.S., was closed in 2013, after its government funding dried up. Its demise came after the Canadian Forces refocused itself on the Afghan war in the years following the Sept. 11, 2001, attacks on the United States.

The Pearson Centre was funded by both the Defence and Foreign Affairs departments, and it could easily be reconstituted with a modest budget in the $10- to $20-million range, said Walter Dorn, a professor at the Canadian Forces Staff College in Kingston.

Dorn, who has traced the decline of Canada's contribution to UN peacekeeping, said it makes sense to have civilians and military in close proximity in a new training centre because both groups have lessons to learn from the other.

"This would really help us regain the expertise because we could bring Canadians up to date," said Dorn, one of the country's leading peacekeeping academics.

"We've lost a whole generation of officers and soldiers have not been participating in peace operations."

LaRose-Edwards said civilians have a lot to learn from the military, such as mine awareness and personal protection. Meanwhile, military personnel would benefit from training that civilians would receive on how UN operations actually work.

The Pearson Peacekeeping Centre was founded in the mid-1990s, and became a leading international training centre on the topic.

It was named for former external affairs minister Lester Pearson, who received the Nobel Peace Prize for proposing the first UN mission in 1956. With the backing of U.S. President Dwight Eisenhower, Pearson proposed the force to help defuse the Suez Crisis.

In the 1990s, Canada had upwards of 3,300 peacekeepers deployed on UN missions in the 1990s. As of October, Canada had 31 military personnel and 85 police officers deployed with five UN operations, according to a transition report prepared for the incoming Trudeau government that was obtained under Access to Information.

Canada's internal training capacity also dwindled in the post-9/11 era, but its civilian trainers stayed active over the last decade exporting the country's know how.

LaRose-Edwards said it was Canadem that helped the German government set up its own international civilian peacekeeping training centre, called ZIF, which has now become "a major training agency" since its inception in 2002.

"Now ZIF is so far ahead of us," said LaRose-Edwards.

"Canada has really, in many ways, gone backwards, not kept up and is probably one of the few western countries that does not have a civilian training agency for field operations."

Chantal Gagnon, a spokeswoman for Foreign Affairs Minister Stephane Dion, said the department has made no firm decisions and is still "exploring options" on how to deliver on the renewed peacekeeping commitment, "including possible new training initiatives."