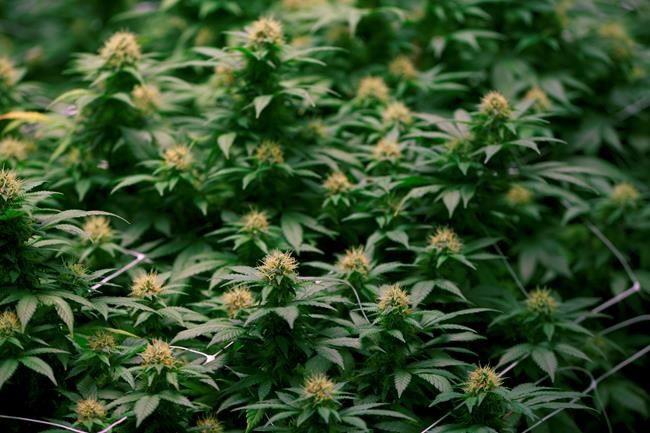 Justin Trudeau's Liberal government says a legal marijuana regime will keep pot out of the hands of children and deny criminals the profits of illicit dealing.

However, the December draft paper, obtained by The Canadian Press through the Access to Information Act, flags the ongoing involvement of organized crime — including possible infiltration of the new system — as a key issue the government must confront.

The Liberals plan to introduce legislation next year to remove marijuana consumption and incidental possession from the Criminal Code, and create new laws to more severely punish those who provide pot to minors or drive while under its influence.

In the House of Commons, Public Safety Minister Ralph Goodale recently said the new system would do a far better job of stopping the flow of shady money "to illegal gangs and organized crime."

"As the experiences of other jurisdictions and of the regulation of alcohol and tobacco in Canada have shown, regulating a substance does not automatically remove it from illicit markets as evidenced by importation and sales of contraband tobacco," the paper says.

"Given the degree to which organized crime is currently involved in the marijuana market, they could continue to produce marijuana illicitly and may attempt to infiltrate a regulated industry."

Canada's illegal market for marijuana is estimated to be worth billions of dollars and organized crime is known to play a major role in illicit production, importation and distribution, the paper says. That means those who obtain pot — with the exception of sanctioned medical users — are exposed to criminal elements.

The paper warns of severe risks and consequences:

— Pressure from criminal elements to use more serious and dangerous drugs such as cocaine and crystal meth;

— Enticement of purchasers to become local distributors and therefore embark on a serious criminal path;

— Exposure to extortion, particularly those who do not pay for purchases or, if entangled in dealing, fail to follow orders or meet quotas.

The federal and provincial governments should have the power to levy taxes on marijuana, with Ottawa responsible for taxing manufacturers and importers, and provinces levying taxes at the retail level, the C.D. Howe Institute recommended in a recently published report.

The federal government should discourage black-market activity by defining the legal amount of pot someone can possess, as well as maintaining and building on penalties for illegal production and trafficking, the think tank argued.

"The challenge for policymakers is to set tax rates that do not foster an illicit market alongside legal sales."