UN Declaration on Rights of Indigenous Peoples ‘should not be scary:’ Bennett 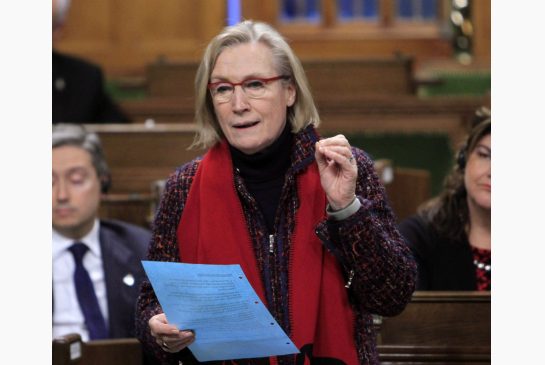 Indigenous Affairs Minister Carolyn Bennett says there should be nothing scary about adopting and implementing the United Nations Declaration on the Rights of Indigenous Peoples.

Bennett earned a standing ovation from a UN forum today in New York when she announced Canada will move forward with implementing the declaration.

She says the 2007 declaration reflects the spirit and intent of Canada’s original treaties and will be part of the country’s reconciliation with First Nations, Metis and other indigenous peoples.

Canada was one of four countries, including Australia, New Zealand and the United States, that voted against the declaration when it was first passed in 2007.

The former Conservative government was concerned about resource development and the difficulty of meshing the declaration with indigenous rights that are already entrenched in Canada’s constitutional law.