Assisted dying Bill C-14 is better than the alternatives 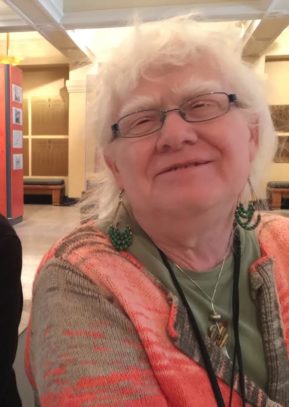 Individual autonomy should not trump social responsibility to protect the vulnerable.

Bill C-14, the government’s response to the Carter Supreme Court ruling on medical assistance in dying, is generating a lot of criticism from diametrically opposed perspectives – those who think it too permissive and those who think it is too restrictive.  Errol Mendes, in testifying before the Senate Committee, was right to invoke the old adage: “Perfection is the enemy of the good.”  That is especially apt when there are so many different versions of what constitutes the perfect where assisted dying is concerned.

The Supreme Court of Canada concluded that the absolute ban on physician assisted suicide was contrary to the Charter because it went too far in its attempt to protect the vulnerable – those who seek death at a moment of weakness.  The Supreme Court suspended its declaration of invalidity of this ban until June 6, 2016 in order to give Parliament time to develop a complex regulatory regime.

The most contentious aspect of Bill C-14 is that it is limited to those who are dying, but with no time-limited cut-off.  Those who think Bill C-14 is too permissive are seriously constrained by the Supreme Court of Canada’s ruling.  Any attempt to prevent medical assistance in dying completely is not an option unless the Charter’s notwithstanding clause were invoked – a highly unlikely scenario.  Very restricted access to assisted dying, such as the Conservative (Falk) proposed amendment in the House Committee, that access be limited to those whose death is expected within 30 days, would almost certainly fail a Charter challenge.

Those who think Bill C-14 is too permissive should consider the consequences of defeating or significantly delaying Bill C-14.  It would only make things far worse from their perspective.  That’s because having no criminal legislation – and thus only the Supreme Court of Canada’s ruling invalidating the ban on physician assisted dying – now results in much wider access than under Bill C-14.

At the other end of the spectrum are those who think wide access is constitutionally required, and that Bill C-14 is unconstitutional in its limitation to those with a reasonably foreseeable death.  They claim that since the Supreme Court of Canada’s declaration said nothing explicit about death being reasonably foreseeable, or any other end of life stipulation, there cannot be any such limitation.  If an end of life stipulation were allowable, the argument goes, the Supreme Court would have said so.

If Bill C-14 is unconstitutional in being limited to those who are dying, so is Quebec’s legislation.  The Supreme Court in the second Carter decision was careful to leave the issue open.  Despite that, those arguing that the first Carter decision already settled that there can be no end of life stipulation in an assisted dying bill are saying that this matter is not even open for debate.

The principled defence of Bill C-14 – why it warrants being found to be constitutional – is that the risks of error are much higher for those not already close to death.  The error in question is subjecting people to premature death who may have changed their minds if death had not precluded that option.  To claim that all that counts is individual autonomy is to deny the social responsibility to protect the vulnerable.

Jean Vanier, interviewed on CBC’s As It Happens, offered sage advice in advocating caution.  The Supreme Court ruling has not obliterated suicide prevention as important public policy. Bill C-14 may not be perfect, but it is far better than the alternatives of wide open access.