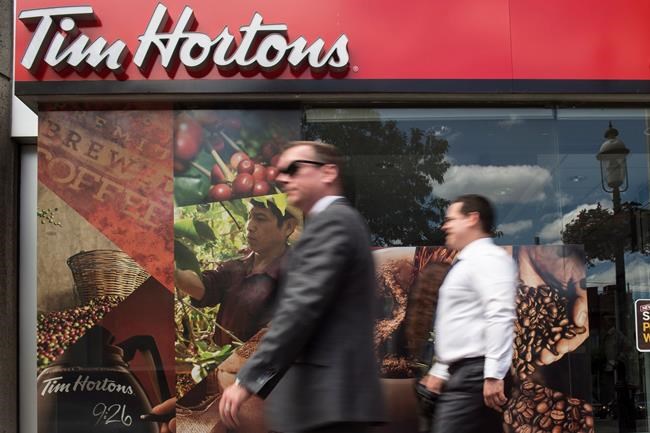 TORONTO — Shareholders in some of Canada's biggest companies have shown some resolve to increase female representation at the board level, yet efforts in recent months to boost the number of women have been rejected time and again.

Proposals to diversify the makeup of boards at Bell and the parent company of Tim Hortons and Burger King, among other firms, fail because they often come from independent shareholders who lack the clout — and shares — controlled by large institution asset managers, said Kevin Thomas, director of shareholder engagement for the Shareholder Association for Research & Education (SHARE).

Those managers tend to vote against shareholder proposals or align their votes with management direction by default, Thomas said.

SHARE and OceanRock Investments were behind a motion three weeks ago asking Restaurant Brands International, which owns Tim Hortons and Burger King, to put women on its all-male board of directors. The company's board declined to recommend to shareholders how they should vote.

More than half of the non-controlling shareholders voted in favour of the proposal, according to a SHARE analysis of the vote results. Nonetheless, the motion failed.

The resistance to change flies in the face of growing calls for companies to increase the number of women serving on their boards.

Last year, demands for more diverse board members ranked among the top 10 most common shareholder proposals, according to a report by EY that tracked more than 750 motions submitted to U.S. firms.

Some sectors, like the oil and gas, energy, mining and transportation industries, "are run by dinosaurs," said Ronald J. Burke, professor emeritus at York University's Schulich School of Business, who co-edited and contributed to the book, "Women on Corporate Boards of Directors: International Challenges and Opportunities."

Companies in those industries are unlikely to appoint women to their boards or commit to establishing gender parity, said Burke.

"Corporate Canada ain't going to go that route," he said, though he acknowledged some industries, like banking and retail, are more open to including women at the top tier.

He cited as an example Hudson's Bay, which has two women on its 11-person board of directors, as a company making progress.

But even if attempts to diversify boards fail, they can still incite change, says a peer-reviewed study to be published in the journal Corporate Governance: An International Review.

In the study, two researchers analyzed nearly 200 shareholder proposals to increase the number of women on boards on S&P 1500 firms between 1997 and 2011.

None of the 64 proposals that were voted on — 118 were withdrawn because they were deemed ineligible or an agreement was reached with the company — received majority support, said co-author Christine Wiedman, a University of Waterloo professor at the School of Accounting and Finance, in an email.

Despite that, the proposals still seemed to have a positive impact on a company's gender diversity, the study found. Nearly 36 per cent of the companies studied increased the number of women on their board from zero to at least one in the two years following a motion.

Still, the boards fall short of most activist demands to have 20 to 30 per cent female representation, the study says.

Even unsuccessful shareholder proposals can encourage a board to take action following a vote because they send a strong message to executives, said Thomas.

"Often, other than in the most tone-deaf corporations, many of them really do take into account what their shareholders are saying," he said.

Thomas said he hopes further shareholder proposals from SHARE on behalf of clients won't be necessary next year, as the group treats them as a last resort. SHARE is typically in discussion with about a half dozen companies at any given time about their board composition, he said.

It should be clear by now to Canadian companies that they must have a plan to be more inclusive, he said.

"But for those that haven't got the message, then we'll be knocking on their doors."