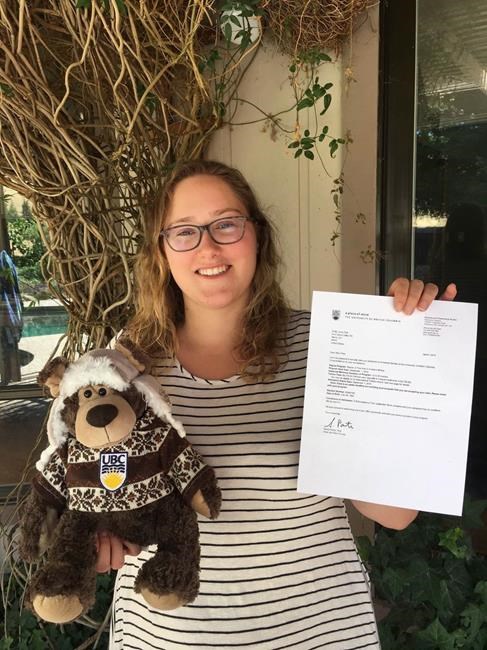 VANCOUVER — The Pate family was terrified their offer on the Vancouver condominium would be accepted.

Just hours after riding rented bicycles to a bank and transferring enough U.S. dollars for the 50 per cent down payment, the Californians learned the British Columbia government had introduced a new tax aimed at them — foreign home buyers.

"If they would have accepted our offer and we were bound to it, I don't know what we would have done," recalled Sarah Pate, whose family lives in Alamo, Calif.

In late July, the B.C. Liberals passed the tax on foreign buyers amid an electorate exasperated that home prices are being pushed through the roof. Figures released by the government of a five-week period starting June 10 showed foreign nationals purchased 10 per cent of the homes in Metro Vancouver.

Housing prices have jumped exponentially in Metro Vancouver. The Real Estate Board of Greater Vancouver said the benchmark price of home last month was is $930,400, a 32.6 per cent increase from July last year. The city's rental vacancy rate is 0.6 per cent.

The Pate family's ordeal illustrates the obstacles buyers have met since the province implemented the measure for cooling the market. Industry insiders say they're seeing all kinds of reverberations from the tax that don't match with the government's target goals.

Initially, the family was elated.

Pate's daughter, Emily, had been accepted to her preferred school, the University of British Columbia, to earn a master of fine arts. But she was number 3,740 in line for a campus residence room, so her parents decided to buy an investment property with the favourable currency exchange rate.

Pate said their relief was palpable when their offer on the $700,000 condo wasn't accepted by the seller, although Emily still didn't have a place to live. They wondered if she'd have to commute from an aunt's home across the border in Bellingham, Wash.

Pate had an idea: Maybe they could squeak in ahead of the tax if they downsized and paid in cash.

"Everybody told us it was impossible," she said of the deadline, which was just four days away at the time.

They launched into a rushed home buy.

Mother and daughter raced around the campus viewing the options. They liquidated assets and juggled bank accounts. They went back to their aunt's home in Washington, scrambled to find lawyers for the paperwork, worked the phones and managed minutiae in two states and two countries. Finally, everything was in place.

On July 29 — the Friday before the tax took effect on Aug. 2 — the family celebrated Emily's 23rd birthday by closing a deal.

"From seeing the condominium to filing the registration was 33 hours," Pate said.

A rush to file ahead of the tax lead to a record 15,000 property transfer applications on July 28 and 29, temporarily crashing the electronic filing system, said a spokeswoman for the Land Title and Survey Authority of B.C.

Tim Tse, a builder and real estate agent in Metro Vancouver, said the tax has "put a lot of people in a very difficult situation."

"The implementation of this tax was not the best. They should have had some type of warning or transition," he said, adding he doesn't believe it will have the intended effect.

Among his mix of clients — local, permanent residents, new citizens and foreign buyers — each has been impacted differently, Tse said. At least one local client, who was buying to build and sell is now in a "wait-and-see game," he said.

"Foreign buyers will not care about this extra 15 per cent, at least the ones I know," he said. "But it is affecting the mentality of the local buyers."

"People kept saying this is going to stop this crazy money that's coming in from China and stop these foreign investors," she said.

"I looked at them saying, 'I'm a foreign investor, I'm just trying to get my daughter into school safe and secure.'"