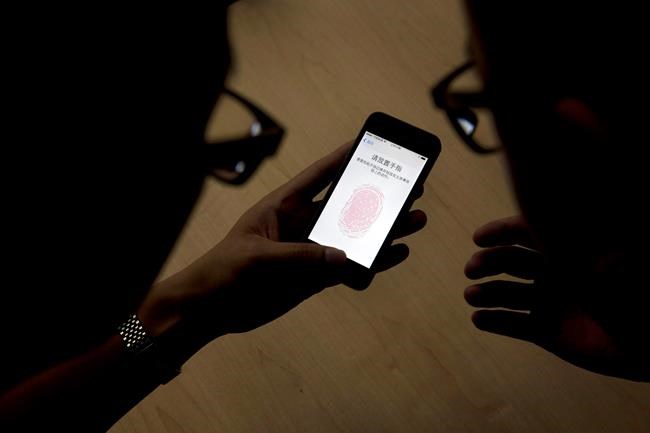 OTTAWA — Canada's police chiefs want a new law that would force people to hand over their electronic passwords with a judge's consent.

The Canadian Association of Chiefs of Police has passed a resolution calling for the legal measure to unlock digital evidence, saying criminals increasingly use encryption to hide illicit activities.

There is nothing currently in Canadian law that would compel someone to provide a password to police during an investigation, RCMP Assistant Commissioner Joe Oliver told a news conference Tuesday.

Oliver said criminals — from child abusers to mobsters — are operating online in almost complete anonymity with the help of tools that mask identities and messages, a phenomenon police call "going dark."

"The victims in the digital space are real," Oliver said. "Canada's law and policing capabilities must keep pace with the evolution of technology."

The chiefs' proposed password scheme is "wildly disproportionate," because in the case of a laptop computer it would mean handing over the "key to your whole personal life," said David Christopher, a spokesman for OpenMedia, a group that works to keep the Internet surveillance-free.

"On the face of it, this seems like it's clearly unconstitutional."

The police chiefs' resolution comes as the federal government begins a consultation on cybersecurity that will look at issues including the best way to balance online freedoms with the needs of police. The consultation runs until Oct. 15.

Police demands for access to online communications and the concerns of civil libertarians about privacy rights have created tensions around the globe in recent years.

The issue came to fore last year when the U.S. Federal Bureau of Investigation went to court in a bid to crack the password of a terror suspect's iPhone following a mass shooting in San Bernardino, Calif.

Investigators cannot read and interpret data and other potential evidence due to the technological barrier encryption poses, even after data is lawfully seized, Oliver said.

In addition, even though there are legal means to seek the preservation or production of data held by telecommunications companies, investigators often discover that the material has already been deleted because Canada does not have data-retention standards, he said.

Canadian police also continue to seek a means of more easily obtaining basic information about telecom subscribers, such as name and address, to help advance investigations beyond an early stage, Oliver said.

In June 2014, the Supreme Court of Canada ruled police must have a judge's authorization to obtain customer data linked to online activities.

The high court rejected the notion the federal privacy law governing companies allowed them to hand over subscriber identities voluntarily.

Police say telecom companies and other service providers — such as banks and rental firms — now demand court approval for nearly all types of requests from authorities for basic identifying information.