Time to Focus on Search-and-Rescue 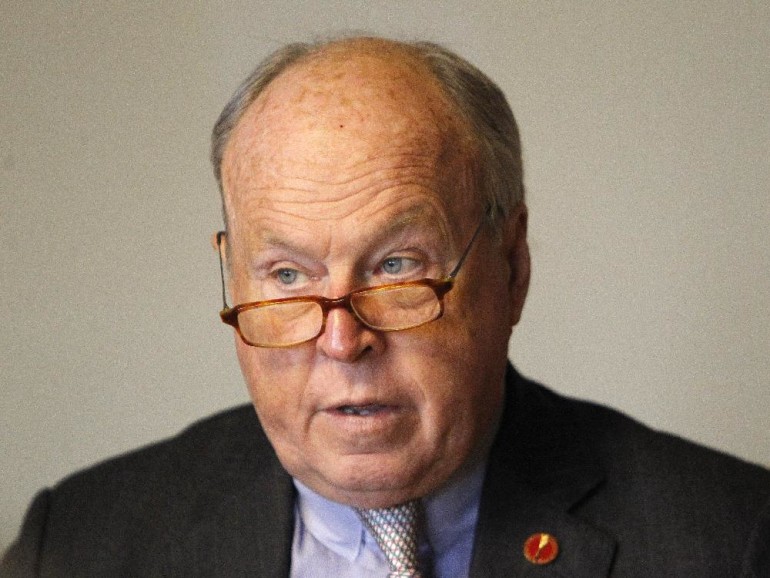 OTTAWA, ON: DECEMBER 12, 2011 -- -Senator Colin Kenny is coming in for an ed board meeting to talk mostly about defence and security issues. (Photo Jean Levac, Ottawa Citizen) For Ottawa Citizen story by , EDIT Assignment 106751

Since the government took office last December, the Minister of National Defence has spent much of his time musing about Canada’s military role in Iraq, the CF-18 replacements, and a future role in peacekeeping operations.

As important as these issue are, the Minister would be wise to spend some time on another file that is need of his attention: search-and-rescue (SAR). The truth of the matter is that search and rescue is not something that gets very much attention until something goes awry.

I often recount this story when discussing search and rescue but it’s one that most Canadians will likely still remember. In October, 2011 Search and Rescue Technician (SAR Tech) Sgt. Janick Gilbert and his crew were called to fly to Igloolik, Nunavut to rescue a young man and his father who were stranded on the ice. Thirty minutes before the sun set and total darkness fell, the SAR Techs parachuted down into waves that were over 10 feet high. The temperature was -8C and winds were gusting up to 60 kilometres an hour. Team leader Sgt. Gilbert landed the furthest from the life raft and was found five hours later, floating lifeless in the water.

Sgt. Gilbert was posthumously awarded the Star of Courage for his actions.

This is just one example of the more than 10,000 search-and-rescue incidents that occur each year – around 1,200 are considered life and death situations. The sheer number of annual rescues is compounded by the vast expanse of coverage SAR Techs are called on to provide. Canadian search and rescue operations are divided into three areas totaling around 18 million square kilometres. The largest of those areas – the Trenton region – spans more than 10 million square kilometres, an area 15 times the size of France.

To do their jobs, SAR Techs rely on a number of specialized fixed and rotary wing aircraft including the CH-149 Cormorant helicopter.

While the Cormorants are highly effective SAR aircraft, there simply are just not enough to go around in a country the size of Canada. The fleet of 14 Cormorants are spread between locations on the East and West coasts leaving the largest region, Trenton, to rely on the inferior CH-146 Griffon helicopter for rescue operations.

The problem is that the Griffon is a converted civilian helicopter that was never designed to be used for search and rescue. It’s considerably slower than the Cormorant, has less lift capacity and has less than half the aeronautical range.

To make matters worse, the Cormorants are now almost twenty years old meaning they are approaching their required mid-life refit. When the refit begins, the fleet will be even further thinned with the Griffons likely being forced to assume an even larger role in SAR operations.

If anyone took a few minutes to focus on this issue they would find that there is a cost effective answer to this problem.

Canada has 9 VH-71 helicopters (which are very similar to the Cormorants) sitting idle that we’ve already paid for. These helicopters were part of a fleet originally bought by the U.S. Marines to transport the President. When the Americans cancelled the program in 2012, the RCAF snapped them up along with 800,000 spare parts for pennies on the dollar.

The Minister of Defence should have already acted to secure the funds necessary to put these VH-71s into service. Despite this oversight, it’s not too late. The presidential choppers would only require new avionics suites and side doors to make them SAR ready.

By doing so we would be able to refit the Cormorants without diminishing search-and-rescue capabilities while the refit is under way. And after the refit the new VH-71s would replace the Griffons and bring commonality to operations and provide better coverage in the largest SAR region in the country.

Now is the time for Defense Minister Sajjan to get off his keister and provide our pilots and our SAR Techs with the tools they need to do their jobs and get home safely.