Is Canada on the cusp of change for 4.9 million people living in poverty? 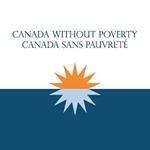 This October, an important policy commitment has begun to take shape that could affect the lives of almost 5 million people in Canada, including 1.3 million children, who are suffering.

It has been years since significant public policy on poverty has seen any movement. Yet recently, the Government of Canada took steps to begin consultations for a Canadian Poverty Reduction Strategy – a promise that was laid out in the mandate letters of ministers last year.

Given that the federal government has committed to ending poverty three times – in 1989 among children, and in 2009 and 2015 for all persons – action is long overdue. Today, October 17th, the International Day for the Eradication of Poverty, is the perfect time to highlight why federal leadership to address poverty is so crucial.

A national anti-poverty plan is an opportunity for the federal government to take a leadership role and ensure everyone in Canada can live a dignified life.

Poverty is complex and there is no silver bullet. In order to address it adequately we need a multi-pronged, national approach that includes changes to income security; housing; health; food security; jobs and employment; early childhood education and care; and adequate support for Indigenous peoples and marginalized communities.

Anti-poverty organizations have worked with colleagues, experts, and people living in poverty to build consensus on policies that must be included in such a strategy. In fact recently, the Dignity for All campaign outlined these recommendations in a model national anti-poverty plan, developed using a human rights framework.

This October 17th, members of the anti-poverty movement have reason to be cautiously optimistic. Minister Jean-Yves Duclos, tasked with developing the process for a Canadian Poverty Reduction Strategy, recently launched a project with six communities across Canada targeted to study local poverty reduction efforts. Broader consultations will begin in 2017.

Parliamentarians have also begun a study of poverty reduction strategies. And over the past few months, consultations have been rolling out for the new National Housing Strategy – a plan which must be aligned with any national poverty strategy if it is to be effective.

However, the early consultation documents for the poverty strategy, recently released, have us eager for more transparency. We would like more clarity on what the 2017 consultation process will look like.  We want to know how feedback will inform and shape the strategy and the status of other very important policies – for example, the development of the national early learning and childcare framework.

Further, we want more clarity on whether the consultation process will be genuinely inclusive. While the documents mention speaking with people who have lived experience of poverty, this process needs to be transparent and meaningful.

A Canadian Poverty Reduction Strategy must be a comprehensive plan that places the voices of those who actually live in poverty at the forefront – from development through to implementation and evaluation.

Finally, we want more clarity on whether a Canadian Poverty Reduction Strategy will simply be a report on steps the federal government has already taken, shifting the focus to the role of provincial and territorial governments. Given the important leadership position of the federal government, we hope for an accountable process that charts a clear path forward and regularly reports on progress or lack thereof.

This is the opportunity to create a strategy that takes genuine responsibility for addressing poverty. This strategy could include specific reference to human rights, measures to ensure accountability, clear targets and timelines, and mechanisms to access justice if violations of rights occur.

Today, over fifty grassroots community groups, in every province and territory, are going into their communities for ChewOnThis! 2016, to spread the message, not only that Canada needs a national anti-poverty plan – but that it has to be effective and inclusive.

Canada may be on the cusp of change. If we create a human rights-based national strategy, informed by the voices of people living in poverty – those who know firsthand what hunger, homelessness and socio-economic discrimination means – we can work together towards eradicating poverty in Canada.

Anita Khanna is the National Coordinator of Campaign 2000.

Megan Hooft is the Deputy Director of Canada Without Poverty.

Joe Gunn is the Executive Director of Citizens for Public Justice.